Scientists say they've found about a year's worth of dead sea lions over the course of a month.
KABC 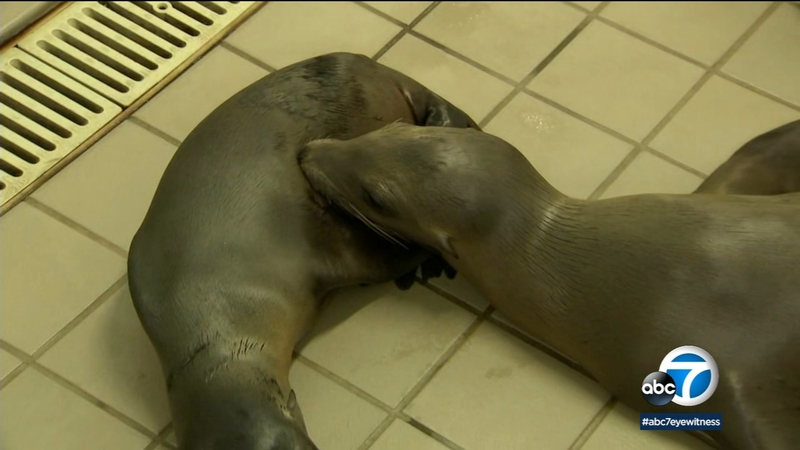 ORANGE COUNTY (KABC) -- An alarming number of young sea lions have been turning up dead recently along the Orange County coast, according to scientists, and the cause remains a mystery.

A report published by the Orange County Register listed a total of 21 sea lions were found dead.

Deming said it started in the second week of February. All the sea lions were fairly young and appeared to be healthy.

"All of them were in really good body condition," she said. "They appeared, externally, really healthy and they had stomachs full of squid. Usually, sick sea lions don't eat, so it was a little alarming for us to see that."

The cause of the death remains unknown as researchers test for toxins and evaluate tissue samples.

Deming said the deaths are unique in a sense that this doesn't normally happen, especially during a normal season.

"We do see mortalities, but not at this rate in such a short period of time," Deming said. "The month that these mortalities were coming up was the equivalent of about as many sea lions as we would see dead within in a year. So that definitely makes us kind of raise our eyebrows real quick."

More extensive testing being done to give scientists a better idea on what's happening in the ocean that's proving to be fatal.