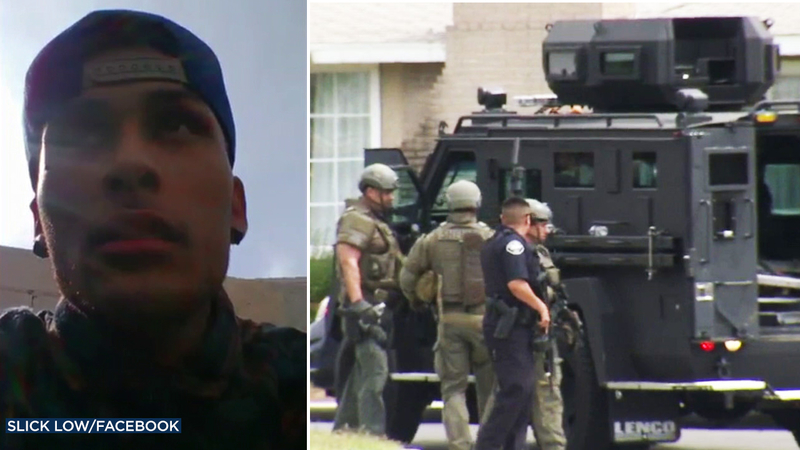 COVINA, Calif. (KABC) -- A suspect recorded on Facebook Live as he fired shots at deputies during an intense standoff in Covina on Sunday.

The Los Angeles County Sheriff's Department said the suspect, identified as 20-year-old Sean Vasquez, was shooting at passing vehicles in the 16700 block of Cypress Street in unincorporated Covina shortly before 10 a.m.

The suspect appeared to record a Facebook Live as he fired at deputies. Video showed the suspect running, loading a gun and firing shots.

"It was actually life threatening. We're lucky our deputies didn't get hit with gunfire," Lt. Thomas Reid with the Los Angeles County Sheriff's Department said. "They drove up and were met immediately with gunfire. They weren't able to see where the shooter was shooting from so they took cover behind their cars."

Witnesses said Vasquez appeared to be taunting deputies as he fired at them, urging them to shoot him.

Authorities said Vasquez ran into a nearby home and barricaded himself inside for several hours. Surrounding homes were evacuated as a SWAT team responded to the scene.

Vasquez eventually surrendered to SWAT officers shortly before 1 p.m. No one was injured during the shootings or barricade, officials stated.

Vasquez was booked for assault on a peace officer with a deadly weapon. Detectives said their investigation into the shootings was ongoing.