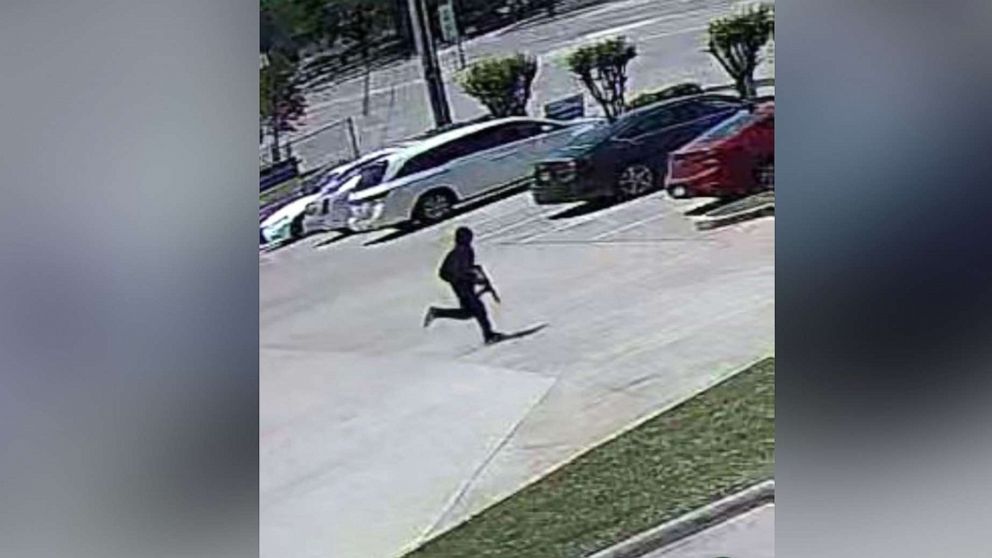 A massive search was ongoing in Dallas Thursday for a man who shot three women in a hair salon in the city's Koreatown, a historically Asian district.

The women suffered nonfatal injuries and were transported to a local hospital, according to police.

The Dallas Police Department released a security camera image Thursday of the assailant dressed all in black running from the Hair World Salon following the 2 p.m. shooting. The man appeared to be holding a semiautomatic rifle with an extended magazine clip.

The shooting victims were all Korean women -- the salon owner, an employee and a customer, according to ABC affiliate station WFAA in Dallas.

Police said they learned from a witness report that an unknown Black male parked what appeared to be "a dark color minivan-type vehicle" on Royal Lane and then walked across the parking lot into the establishment and allegedly opened fire as soon as he entered the salon.

"The suspect then fired multiple rounds inside the business, wounded all three victims," police said.

Police also released a security image of a maroon minivan they said the gunmen fled the scene in.

The suspect has not been identified, according to police, who also said the investigation is ongoing and the motive remains unknown.

The gunman was described by police as 5-foot-7 to 5-foot-10, thin with curly hair and a beard.

A spokesperson for the FBI field office in Dallas told ABC News on Wednesday evening that the FBI is in touch with the Dallas Police Department and is monitoring the incident.

"Dallas Police Department is the lead investigating agency for this incident, but we are in communication with them and coordinating closely," the spokesperson said. "If, in the course of the local investigation, information comes to light of a potential federal violation, the FBI is prepared to investigate."

While it is unclear if the Asian-owned hair salon was targeted, the incident comes amid a spate of attacks targeting Asian Americans across the nation.