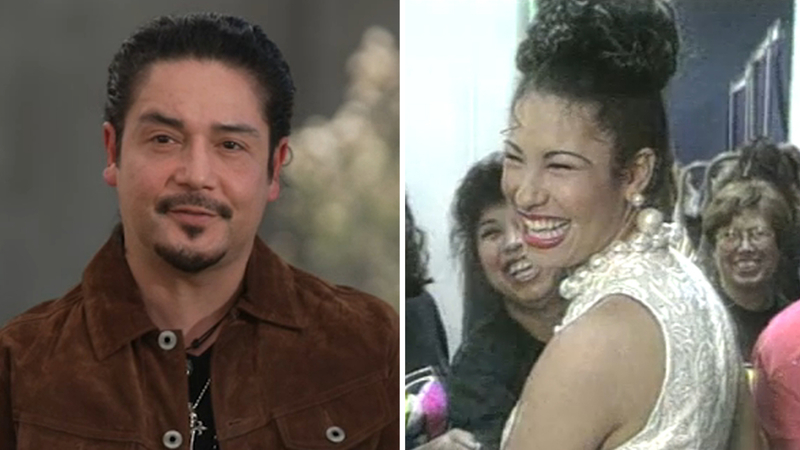 Chris Perez, the husband of late Tejano star Selena Quintanilla, says that he and her family have worked out their differences after a long legal feud.

Perez and the Quintanilla family were locked in a legal dispute over Perez's plan to create a miniseries based on his 2012 memoir, "To Selena, With Love."

In 2017, Selena's father, Abraham Quintanilla, opposed the show and called the memoir an unauthorized book.

Quintanilla sued Perez and two companies planning to turn the book into a series. The lawsuit said at the time that after Selena's 1995 murder, Perez signed a deal that gave all rights to Selena's likeness and name to her estate.

Four years ago, a Texas judge ruled that the lawsuit could move forward. Lawyers for Perez wanted the lawsuit dismissed based on free speech grounds.

Tuesday afternoon, Perez wrote in a tweet that the legal dispute with the Quintanilla family had been "amicably resolved."


"Now that these issues are behind us, going forward, my hope, and the hope of the Quintanilla family, is for us to work together to continue to honor and celebrate the legacy of Selena," he said.

It's unclear what both parties agreed to, but Abraham shared a similarly worded statement on his Facebook page.

Perez and Selena met when he joined her band, Los Dinos, in 1990.

Her father opposed the relationship, but Selena and Perez married secretly in 1992, when she was 20 years old.

Selena was shot to death in 1995 by her fan club president, Yolanda Saldivar, who is serving life in prison. She's eligible for parole in 2025.

Last year marked 25 years since the death of the singer, who was known as the Queen of Tejano. In an interview, Perez called learning of Selena's death one of the most painful moments of his life.

WATCH: In honor of Hispanic Heritage month, this interview with Chris Perez highlights his reflection after the Tejano superstar was killed.