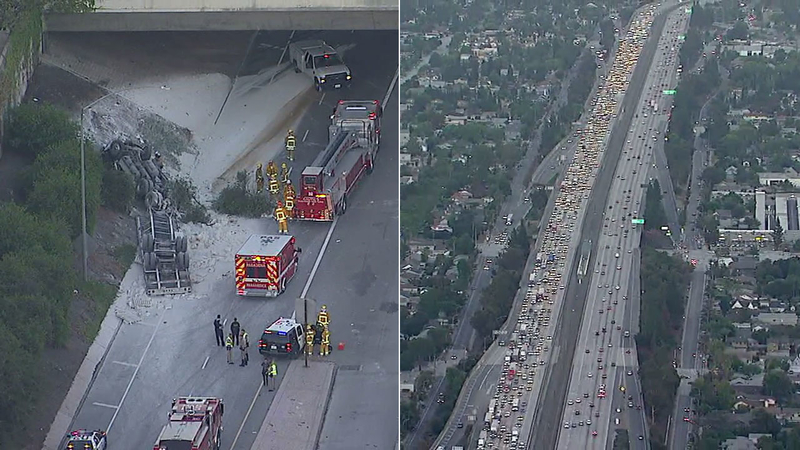 Traffic backed up on 210 Fwy after semitruck overturns in Pasadena

PASADENA, Calif. (KABC) -- A semitruck overturned and blocked an offramp on the westbound 210 Freeway in Pasadena Tuesday evening.

Authorities reported the crash around 6:30 p.m. It appeared the semitruck was mostly blocking the Lake Avenue offramp.


#Pasadena: Westbound I-210 Lake Ave off-ramp is fully closed for an unknown duration due to an overturned trailer. pic.twitter.com/mjtJrNXZCl

At one point, it was reported that good Samaritans tried to get the driver out the semitruck after the vehicle turned over. Authorities reported overnight Wednesday that the driver died.

He was identified as Jamie Paz, 60, of Fontana.

A SigAlert was issued for the offramp and westbound traffic appeared to be backed up for a few miles as vehicles moved slowly through the area.