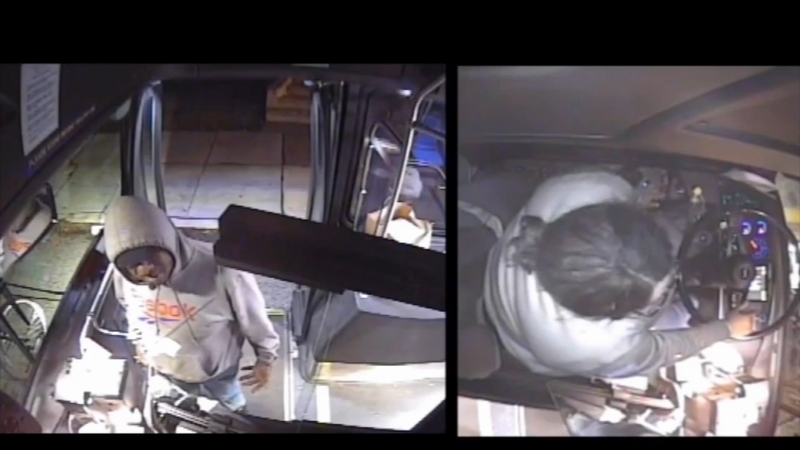 EAST LANSDOWNE, Pa. -- Police are looking for a man who punched a SEPTA bus driver in the face on New Year's Eve in Pennsylvania.

Police say the man refused to pay the fare, argued with the bus operator, then punched her.

The man was last seen fleeing on Oak Avenue.

Police hope the release of the video and a $1,000 reward will help them find the attacker.

"Instead of celebrating, one of our operators was getting punched in the face," said SEPTA Transit Police Chief Thomas J. Nestel. "It's outrageous. Absolutely outrageous. "

"A woman just doing her job, driving a bus with passengers, when a person interferes with our operators to the point where it jeopardizes the safety of that operator and the other people," he continued. "We take that personal."

Police say the bus operator had her glasses broken and had a few cuts to the face.

He was left stunned by the video. Hammons said he can't comprehend the level of violence toward a person simply doing their job.

"This kind of behavior will not be tolerated," Nestel said.

SEPTA officials say by the numbers, attacks on bus operators have seen an increase from over the last three years.