In one case, investigators say he sexually assaulted a woman and then hit her with his car. She was then left naked in a ditch.
KABC
By Rob McMillan 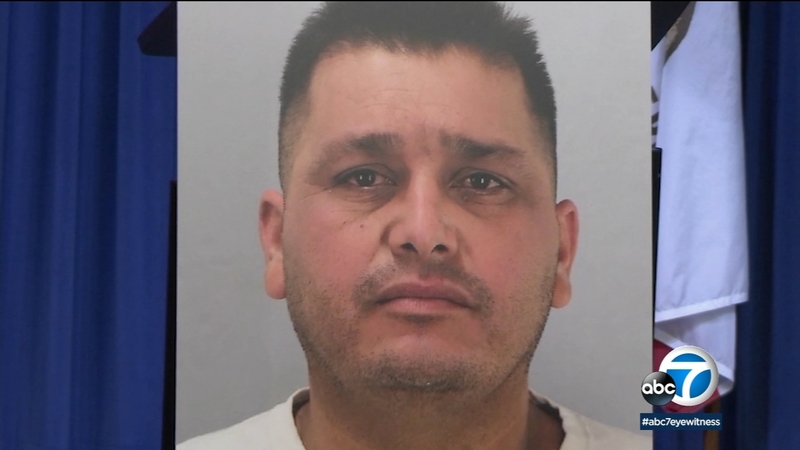 INDIO, Calif. (KABC) -- Investigators have announced charges against a Coachella Valley man believed to be a serial rapist.

Jose Manuel Martinez Garcia, 36, of Coachella, is charged with sexually assaulting six women between September 2020 to August 2021. He's also charged with four counts of attempted murder and is accused of choking three of the women to the point of unconsciousness.

"This is a serial rapist, and the level of violence here is stunning," said Riverside County District Attorney Mike Hestrin at a news conference on Thursday.

The suspect was arrested in October and was arraigned at the Larson Justice Center in Indio on 14 felony counts. If convicted as charged, he faces a potential life sentence in prison.

According to an arrest declaration, the serial rape case started in July 2021 when Indio police detectives began investigating a sexual assault and choking case that was similar to another case reported in October 2020.

Both cases occurred within the city limits of Indio.
During the investigation, detectives obtained information that led them to an additional four alleged victims.

In one case, investigators said Garcia sexually assaulted the victim, and then struck her with his vehicle. She was left naked at the bottom of a ditch.

"It happened to be a maintenance worker who found her in the ditch," said Hestrin, who added that she had been lying there for two and a half days.

"She survived by being able to drink some of the running water in the ditch, but could not move," he said.

He is a Mexican national who was living in Coachella, but had spent time in Orange County near Westminster as well as the Bakersfield area.

"We're asking the public if anyone has information, or if this jogs a memory, if someone may have had an experience similar to this with the individual who looks like this individual, then we're asking them to contact us," said Hestrin.

Anyone with information on the case is asked to contact Riverside County District Attorney investigator Claudia Herrera at (760) 863-7809 or claudiaherrera@rivcoda.org.