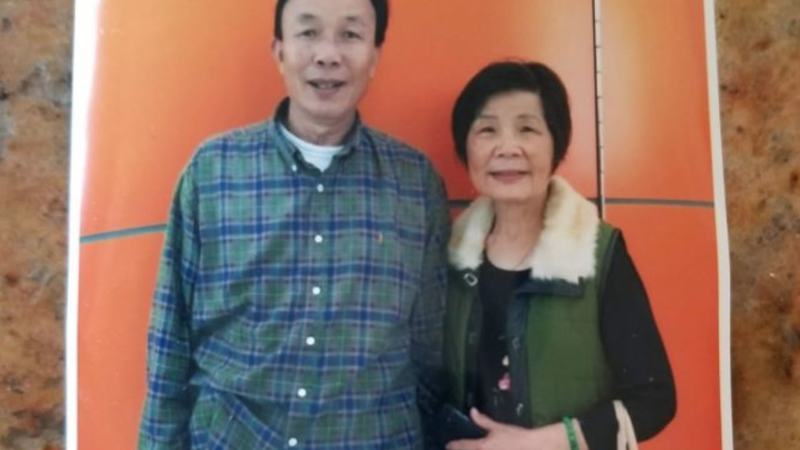 SAN FRANCISCO -- A senior couple in San Francisco, who came to America nearly 40 years ago, is heartbroken after their life savings was taken from them in a brazen daytime burglary that was caught on camera.

Stunning surveillance video from outside and inside the home, shows how the men used a crowbar to pry open a back door and enter late Tuesday morning while Simon's parents were out.

His parents, immigrants from China, spent more than 35 years working in construction and housekeeping.

"My parents actually grew up really poor in China," he said. "They actually borrowed money to come over to America and they worked every single day of their life."

That hard work put Zhong and his two siblings through school.

Not trusting the banking system, his dad kept their entire life savings, in cash, in a safe, only for it to disappear in less than 15 minutes.

"They took everything from it," he said. "That was just heartbreaking when I listen to my dad telling the story."

A senior law enforcement official who didn't want to be identified confirmed Asian American families are often targets for criminals because they keep cash in their homes.

Zhong recalled what police told him the day of the crime.

"They were like, 'Wow, we can actually almost see the other house that was broken into two hours prior to yours,'" he said.

At least three others in the community have come forward, telling KGO-TV reporter Dion Lim they were targeted as well, by suspects matching the same description as in Zhong's father's case. This Includes one instance in nearby Visitation Valley and another from a victim in Oakland.

Oakland police have since recovered a vehicle and Zhong's father showed KGO the items recovered from it. Showing off brown paper bags of mostly trash on his kitchen table, it was apparent the crooks didn't leave anything of value.

Zhong's dad spoke in Mandarin about how his heart hurt and showed an empty velveteen jewelry box. It is those sentimental items that hurt his family the most.

"Turns out my parent's wedding set that was given to them by my grandma, and it just broke my heart when I hear it was also in there," said Zhong.

He has these parting words for the men who did this and who hurt so many other families: "We're taught to be frugal and to work hard. The way you broke into the home and did this, you aren't dumb. You put in a lot of hard work to do this. You make it so that we have to be scared. Asians have to be scared that's not fair for us to be scared."

Zhong and his wife moved out of their parent's home just two weeks ago. He says he feels guilty he wasn't there at the time to stop the crime from happening.

He set up a GoFundMe to help his parents start rebuilding the life savings that was so heartlessly taken away.