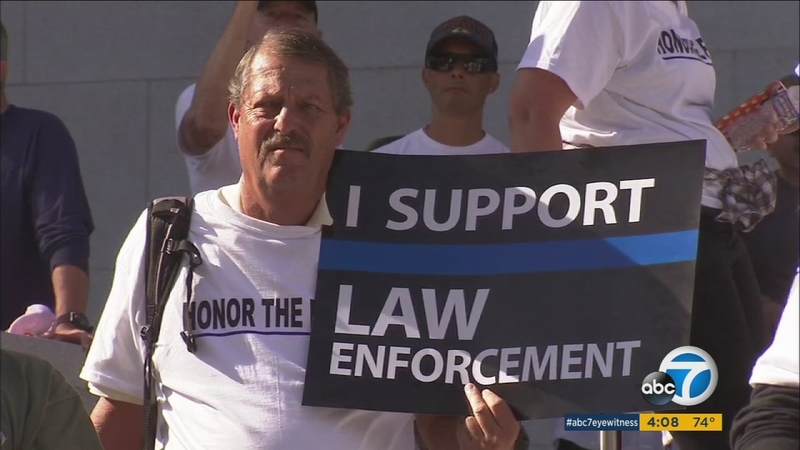 Law enforcement hold rally in DTLA to speak out against props 57, 62

LOS ANGELES (KABC) -- The family of slain Los Angeles County sheriff's Sgt. Steve Owen joined other law enforcement personnel for a rally in downtown Los Angeles on Saturday to speak out against Propositions 57 and 62.