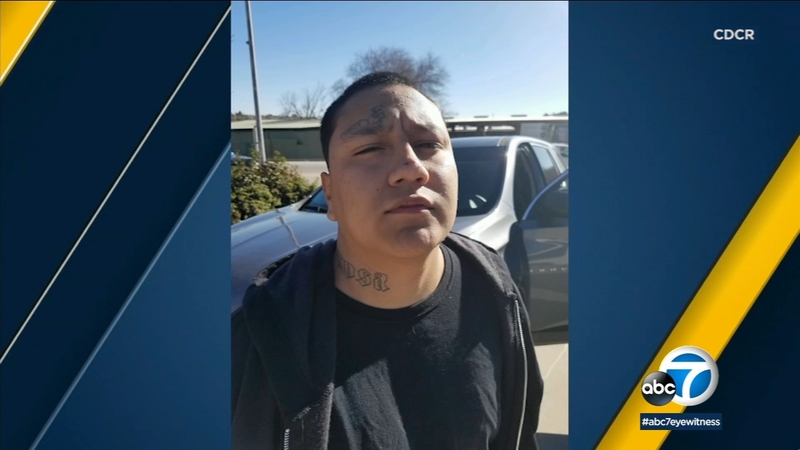 San Rafael police confirmed to KGO that Shalom Mendoza was apprehended at a Taco Bell in Paso Robles.

Officials reported earlier that Mendoza had been seen at a Dollar Store in San Miguel on Friday around 4:20 p.m. where he purchased dark clothing. The 21-year-old was no longer wearing his prison uniform.

Police across California had been on the lookout for the 21-year-old escaped convict. The 2011 silver Toyota RAV4 with California license plate number 6STZ502 he is believed to have carjacked was found abandoned north of Paso Robles on Friday.

Mendoza was serving a five-year sentence for using a deadly weapon during a carjacking in Los Angeles County, and attempting to evade a peace officer while driving recklessly.

Prison officials have not explained how Mendoza escaped, only saying: "Mendoza was assigned to work outside the security perimeter on a work crew, he took advantage of that and walked away." Before his capture, authorities said they believed he had been headed toward the Los Angeles area.