In 1977, Luisa "Lucy" Harris was the first woman ever officially drafted by the NBA, but not a lot of people know her story.
OTRC
By George Pennacchio 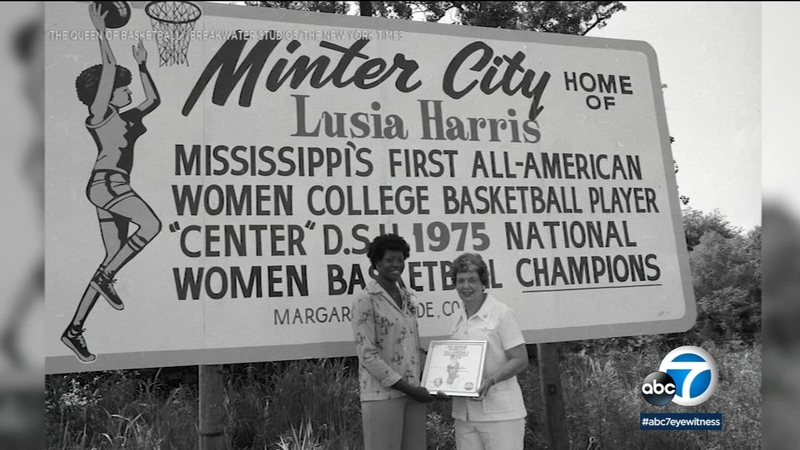 Shaq wants us to know about 'The Queen of Basketball'

HOLLYWOOD -- Her name is Lucy Harris and if Shaquille O'Neal has anything to say about it, you will soon know her marvel at her accomplishments.

She is the subject of a documentary short film hoping to get Oscar attention. It's called "The Queen of Basketball."

She said she just had a natural talent for the game. The former Laker great got on board as the executive producer when he heard Lucy's story.

"I want to honor Miss Harris, you know, by helping her story get out to the world," said O'Neal. "I had no idea who she was and I like to consider myself a basketball aficionado."

O'Neal said he was inspired by Harris' story because of all the things that she had to endure.

In the mid-1970s, Harris would go on to become a star player at Delta State University, winning championships, breaking records, making history. She was on the first-ever U.S. Olympic women's basketball team, winning a silver medal in '76 and taking home another honor - she made the competition's very first basket.

In 1977, she was the first woman ever officially drafted by the NBA, but she turned down the offer. She was now married, pregnant and onto a new chapter of her life.

"When I got the ball, I knew my job was to score, and more than likely, I would score."

She was a champion whose staggering statistics are now becoming recognized all these years later.

"My goal is to make Lucy a household name," said O'Neal. "This woman should be celebrated. It's never too late to put up a statue or name an arena. Like I said, it's way overdue for this young lady. I hope she gets her recognition."

"The Queen of Basketball" is available to see online.