Hundreds line up at Morongo Casino for 'Shark Tank' audition 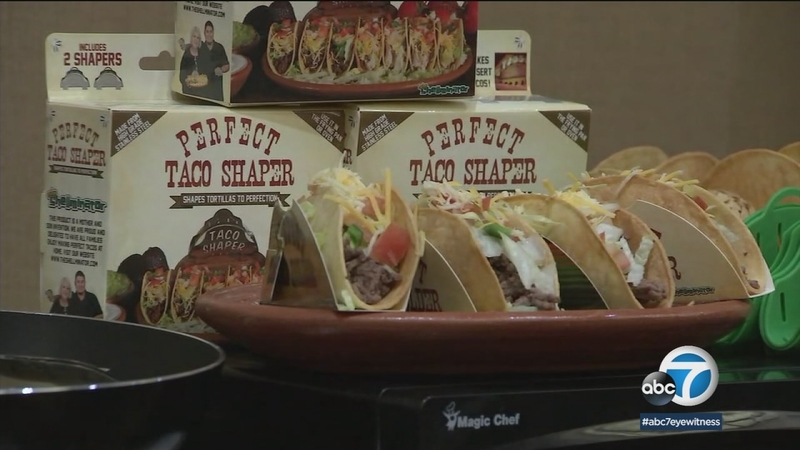 Hundreds line up at Morongo Casino for 'Shark Tank' audition

CABAZON, Calif. (KABC) -- Hundreds of creatives were up early Friday morning and lined up outside the Morongo Casino hoping their inventions would land them a coveted spot on ABC's hit show Shark Tank.

Many were in line before the sun was out but still found the bright side of things.

"We've been out here since 3:00 this morning, and you get to know everybody in line with you and everybody pitches to each other," said Phyllis Gordon of Mississippi.

Their pitch to producers had to be made in about one minute, and their stories were just as important as their ideas.

L.A. resident Robbie Cabral says it was during a dark time when a brilliant idea came to him. Three years later, he created the "Benjilock."

"I'd say 99 percent of people who are trying to get their business or product off the ground, it's because of their backstory, something that happened," said Shark Tank's Supervising Casting Producer Mindy Zemrak.

And there were a lot of stories. Jack Dayeh, an Army veteran from Laguna Niguel, came up with his idea following an injury. He wants to help those with disabilities who have low vision or limited mobility.

"So basically I've taken a body wash container. I've taken a back scrubber, a loofah and a scrubber. So I integrated everything all into one tool," Dayeh said.

Arevik Aramina, a chiropractor, found a solution for a physiological problem some of her patients encounter. That's why she created the Gastrocare Pads.

"They place it inside the butt cheeks. It will absorb the odor through the four carbonated channels and it will quiet the sounds," said Aramina.

About 40,000 people apply for the chance to win the sharks over and only around 150 tape for the show. Many are hopeful they will make it through to the end.