Sheriff Villanueva to tackle homelessness in Hollywood next

Although data shows homelessness in Hollywood may be decreasing, Hollywood employees says it's disrupting business.
KABC
By Sophie Flay 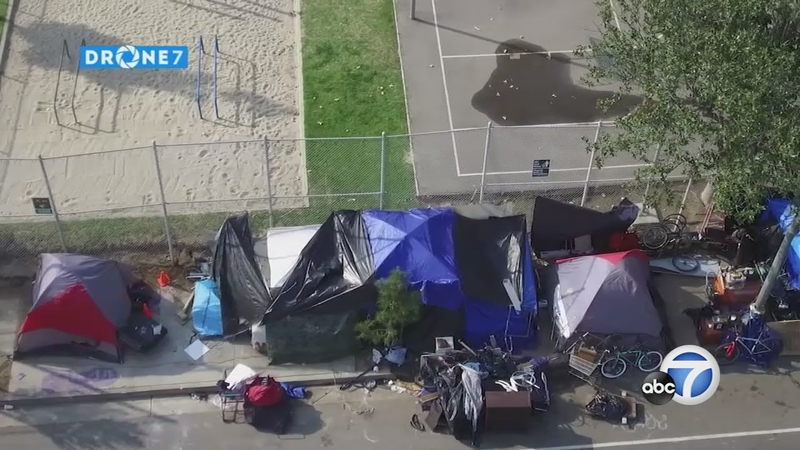 HOLLYWOOD (KABC) -- Tackling homelessness in Hollywood is on Los Angeles County Sheriff Alex Villanueva's list. Earlier this month, Villanueva caught the attention of viewers on Facebook when he discussed wanting to better the tourism industry.

"We have to support and defend our tourism industry," said Villanueva.

Villanueva reassured his listeners that he has plans to work on this, and called on city officials to take action.

"You better be cleaning up every single one of your tourist destinations, your residential communities, because that is how everyone is measuring the attractiveness of Los Angeles County as a tourist destination," said Villanueva.

People living and working in Hollywood say it's a problem.

"They interfere with the business," said Manny Flores who works in Hollywood.

City Councilmember Mitch O'Farrell says that's due to the work his office, Hollywood 4ward and other organizations have done.

"We have three Bridge Home sites in Hollywood, the largest one is non-congregate," said O'Farrell, describing temporary, transitional housing in place for the homeless.

While there many groups helping those living on the street in Hollywood, homeless advocate Louis Abramson says he worries about the sheriff's involvement because many of these groups don't talk to each other. It can be confusing for those experiencing homelessness and those trying to help.

"That means we're not able to deliver coordinated and synchronized care," said Abramson.