Selena's brother among most wanted fugitives in Texas's Nueces County 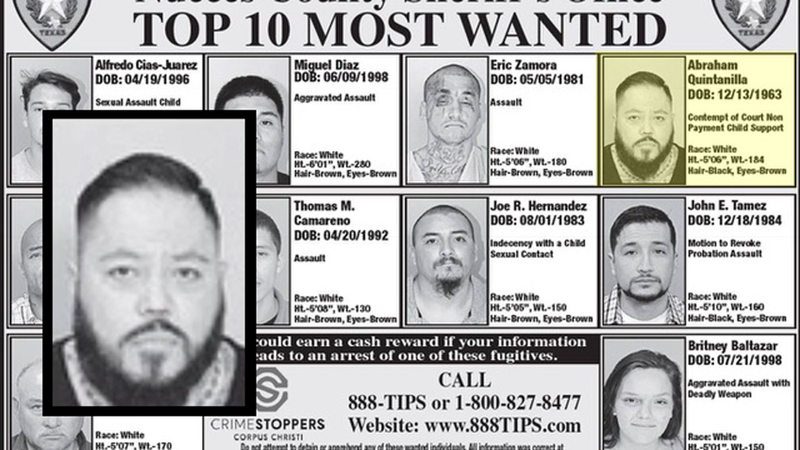 CORPUS CHRISTI, Texas -- The older brother of Selena, the slain singer known as the queen of Tejano music, is a wanted man in Texas.

AB Quintanilla was just listed on a Top 10 fugitives list in Nueces County for the month of August.

Authorities said the record producer and musician is wanted for contempt of court and non-payment of child support.

The 53-year-old is described as standing 5 foot 6 inches, and weighing 186 pounds. He has black hair, brown eyes and a long beard.

Anyone with information about his whereabouts is asked to call Corpus Christi Crime Stoppers at (800) 827-8477.

Quintanilla was a part of Selena y Los Dinos, which launched his youngest sister toward stardom, and went on to start Los Kumbia Kings.

Selena Quintanilla-Pérez, the youngest child of the Quintanilla family, was murdered by Yolanda Saldivar in a hotel room in Corpus Christi on March 31, 1995.

More than two decades after her death, Selena's influence is still being felt.