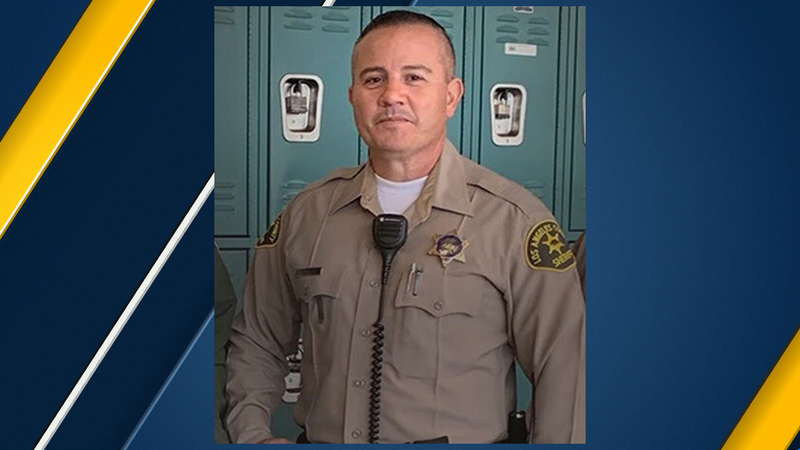 TEMPLE CITY, Calif. (KABC) -- A fundraiser is being held Wednesday for the family of the off-duty deputy who was shot and killed inside a Jack in the Box in Alhambra last week.

Deputy Joseph Solano was a 13-year veteran of the Los Angeles County Sheriff's Department. Solano, 50, was off-duty and in civilian clothes when was shot in the head while waiting for food on June 10.

The fundraiser is being held outside the Temple City Public Library from 11:30 a.m. to 6 p.m.

"We really want the community to know that we thank them for their love and support, we appreciate the fact that they're here to give us additional love and support in the way of helping family members," said LASD Deputy Trina Schrader. "The family members are vital to us. Also, we want to make sure that they know that we're never gonna leave them alone and that we're gonna be there in his absence."

There is a $10 dollar suggested donation, with all the proceeds going to Solano's family.

A line of civilians and deputies stretched across the Temple City Park, near the library, waiting to donate and get some delicious food from Baja Cali Fish and Tacos.

"We have had several people that have driven up and not even bought anything, they just donated whatever they had," Schrader said.

Solano's final act was being a dutiful son, getting the oil changed for his mother and then stopping into the fast-food restaurant for some food while he waited. Some of the funds raised will go toward the continued care of Solano's mother.

"(Solano's) mom is our mom. We just adopted her and we need to make sure that she's OK," Schrader said. "That's what we do for each other, it's just like any other family that you have in life. This is our family, and she's our family. So we're gonna do what we can to help him out and help her out in his absence."