The suspect in a Texas murder case - and person of interest in this case - has now been identified.
KABC
By Rob McMillan 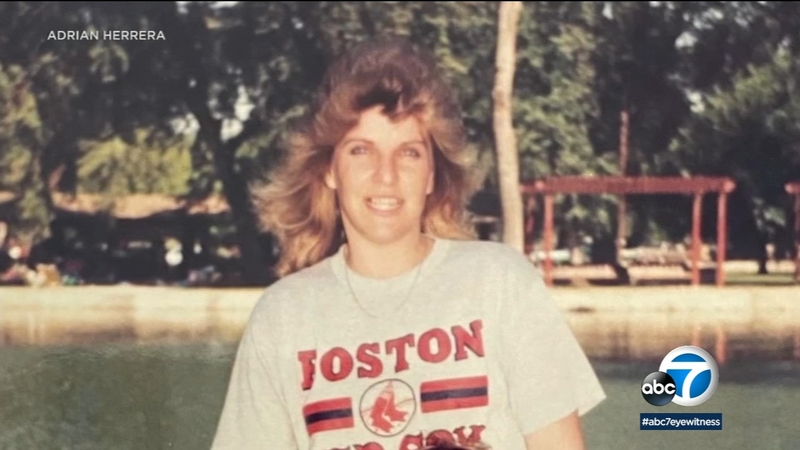 RIVERSIDE COUNTY, Calif. (KABC) -- For decades, the murder of a 30-year-old woman whose body was found along I-10 in the middle of the desert went unsolved.

But advances in DNA technology have allowed some semblance of closure for Sherri Herrera's four children with news of an arrest of a man believed to be the murder suspect.

"I don't know if I really believed it, because it's like, man, this has been so long," said the victim's son, Adrian Herrera, who found out about the break in the case last week.

That's the day the body of his mother was found dumped at the I-10 exit of Hayfield Road near Desert Center.

"I remember coming home from school, and my stepmom told us the news what had happened," he said. "Me and my sister were there. Obviously, we started bawling our eyes out."

Sherri Herrera was from Tulare County in the Central Valley.

So how did her body end up alongside a freeway in the Southern California desert, about halfway between Palm Springs and the Arizona state line?

That remained a mystery to investigators.

"The case was investigated by local authorities, and then relatively soon after that, it went cold," said Riverside County District Attorney Mike Hestrin. "We had no suspects."

In the early 1990s, the processing and testing of DNA evidence was still in its infancy, but Hestrin said because investigators were so diligent in processing the scene, it allowed their cold case unit the opportunity to reopen the murder investigation about a year ago.

"Investigators in this case did a good job. They collected, processed, packaged and sealed the evidence, and in a box it went," he said. "Our cold case unit eventually goes back and opens up these old cases and old boxes and starts looking."

Hestrin didn't specifically address what they found that allowed them to crack the case, but said potential DNA evidence from the murderer found at the crime scene matched DNA evidence found at another murder crime scene in the state of Texas.

That murder was committed in 1992.

"Our cold case unit assisted Texas authorities in their case," said Hestrin. "The results of that are ... that person is also a person of interest in the Riverside County investigation into the murder of Sherri Herrera."

The suspect in the Texas murder case - and person of interest in the Herrera case - has been identified as 68-year-old Douglas Thomas.

At the time of the murders, Hestrin said he was a long-haul truck driver.

Now retired, Texas authorities said he was arrested on suspicion of murder at his home in Waco last week.

Adrian Herrera said investigators told him that the DNA match that led authorities to Thomas didn't come from Thomas himself.

"It was a family member, or maybe one of his kids or a cousin, and then they traced it backwards," said Herrera. "I mean, without this technology being available, this guy would still be sitting behind his TV, and enjoying whatever life he had left."

Thomas has yet to be formally charged in the Sherri Herrera murder case.