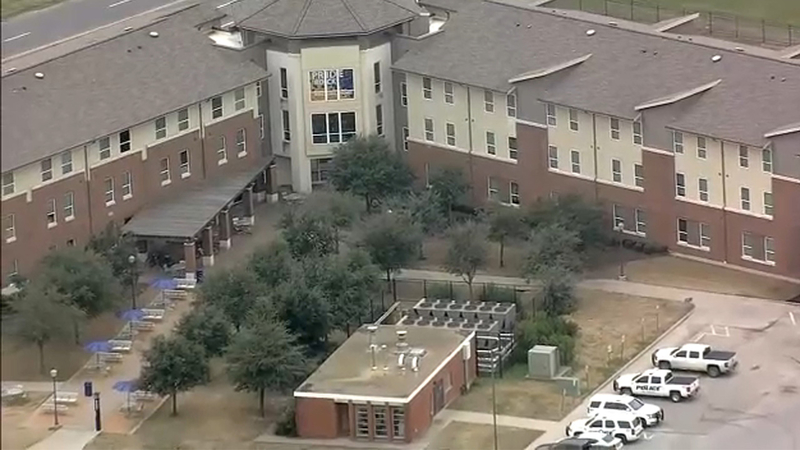 COMMERCE, Texas -- The man who's believed to be the ex-boyfriend of one of the women shot to death at Texas A&M Commerce-University has been arrested.

Jacques Dshawn Smith, 21, has been charged with capital murder in connection with the shooting at TAMUC.

Deja Matts, 19, a freshman at the university, and her sister, 20-year-old Abbaney Matts, were killed when shots rang out at a residential hall on the campus.

Smith is believed to be Abbaney's ex-boyfriend, according to authorities.

Our continued thoughts and prayers go to the family and friends of the victims from this week’s tragedy.

A&M-Commerce University Police Department has confirmed the identities of the two deceased. The first victim is 19-year-old Deja Matts. (1/3)

The shooting at the campus, which is located about 65 miles northeast of Dallas, prompted a precautionary shelter-in-place.

According to university police, officers received a call at around 10:17 a.m. Monday from a student who lives at Pride Rock, the campus' residence hall.

Officers found the bodies of Deja and Abbaney, police said. A small child, Abbaney's 2-year-old son, was also injured in the shooting. Police said the child was treated and released to family members.

Video shows aerials of the campus moments after the deadly shooting at Texas A&M University-Commerce.