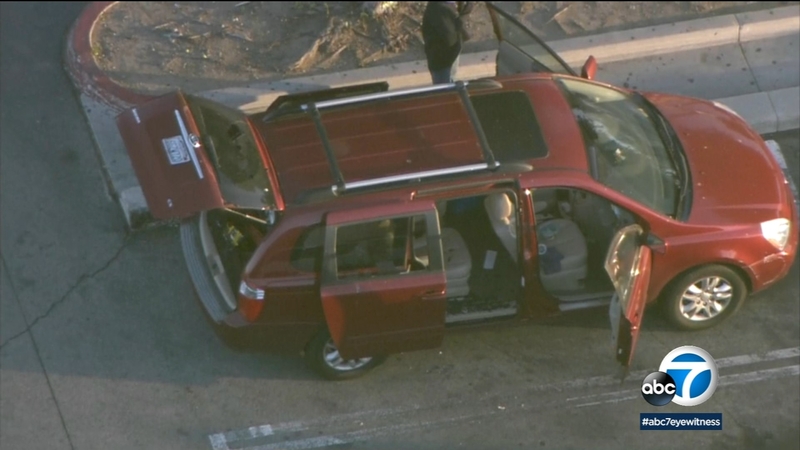 It was the latest of multiple shootings apparently targeting random vehicles on Southern California freeways in the past week.

CHP officials say there is no apparent motive and it's not clear yet if the shootings are connected.

"I wish I had an answer for you. But there's no point to it," said CHP Officer Roberto Gomez.

Wednesday's incident occurred shortly before 6:30 a.m. as the motorist was traveling northbound on the 5 near Broadway, according to the California Highway Patrol. No injuries were reported.

The driver was able to exit the freeway and contact authorities from the parking lot of a supermarket. A side window and the rear window of the vehicle were shattered.

Video from AIR7 HD showed a maroon-colored minivan in the parking lot, where the CHP took a report. No description of a possible shooter was available.

At least two similar incidents in the past week targeted random drivers on the 405 Freeway in Orange County. No one was hurt in those shootings either.

Because of the potential for harm, the shootings could be considered attempted murder, officials note.

In another similar incident two weeks ago in Santa Ana, an Orange County woman says her vehicle's rear passenger window was shattered as her two sons sat in the back. No one was seriously injured, and police continue to investigate the incident.

Anyone with information was urged to contact the CHP.