The victim was identified as a 36-year-old Anaheim resident.
KABC
By David González and ABC7.com staff 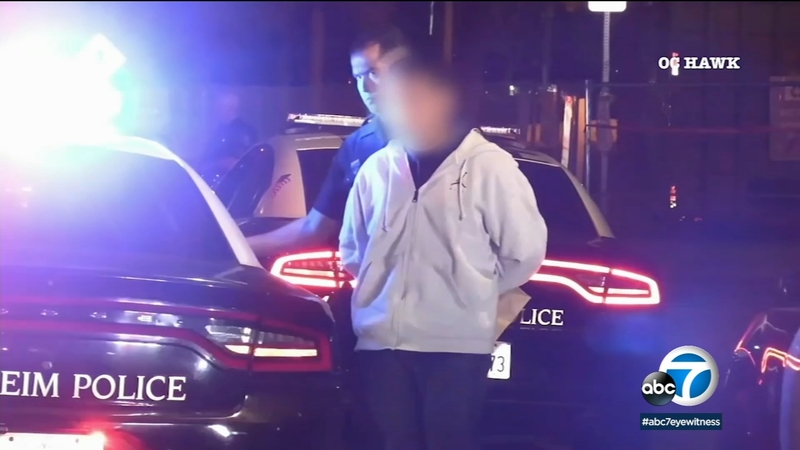 ANAHEIM, Calif. (KABC) -- A teenager has been arrested in connection with a shooting at a Cinco de Mayo Festival in Anaheim that left an innocent bystander dead.

Shortly after 10 p.m. Sunday, officers responded to gunshots at La Palma Park where the annual Anaheim Cinco de Mayo Festival was being held, according to the Anaheim Police Department. A man, later identified as 36-year-old Anaheim resident Gildardo Parrales Gracian, was found with at least one gunshot wound but he later died at a local hospital.

Police said the 17-year-old suspect, who has not been identified, fired a handgun during a fight involving a group of juveniles. Gracian was struck by gunfire, and he was not involved in the fight, according to investigators.

Authorities believe he was attending the festival with friends.

"This event has gone on in Anaheim for 50 years," said Sgt. Shane Carringer. "We've never had something of this magnitude happen at an event like this."

Carringer said due to a heavy police presence that night, officers were able to respond to the shooting almost immediately.

"They were able to detain all the subjects who were involved in the incident which ultimately led to the arrest of the suspect," he said.

"The detectives are still working to really narrow down what the motive in the fight was that led to the shooting," Sgt. Shane Carringer. "They're not willing to write off that gang-involvement might play some role in this incident. However, it doesn't appear to be the primary driving factor right now."

A group of juvenile suspects, police said, were also detained and a handgun was recovered at the scene. No other arrests have been made.

On Monday, the festival's fair rides were seen getting packed up and moved out.

Eyewitness News spoke with Hieu Hyunh who owns a restaurant nearby.

He recalled the incident and said people were rushing to get out of the area right after the shooting.

"When we closed, a lot of people, they run, run, like 100 people," said Hyunh. "They run around and I asked, 'What happened?' They say some people attacked there."

Anyone with information about the shooting is asked to contact detectives at (714) 321-3669.