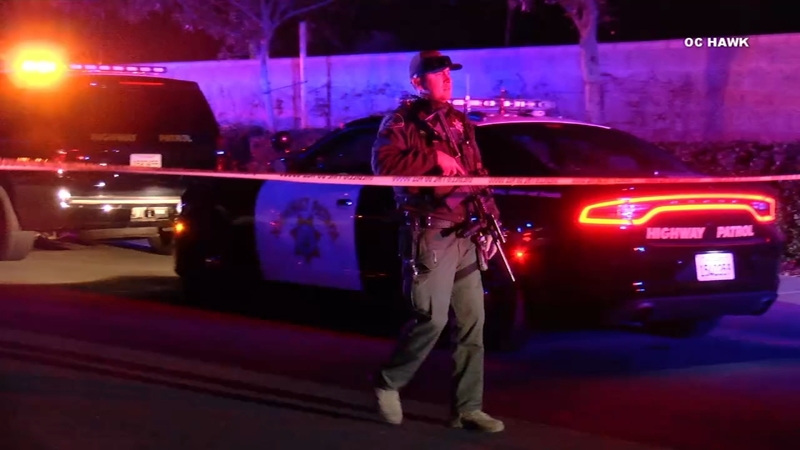 EASTVALE, Calif. (KABC) -- A 43-year-old gunman was hospitalized Saturday morning after a shootout with Riverside County sheriff's deputies at a residence in Eastvale, and three children "were removed from the home unharmed," authorities said.

A standoff began about 3 a.m. when deputies responded to report of "unknown trouble" in the 14000 block of Alpaca Court, according to a sheriff's press release. Shortly after arriving at the scene, the deputies encountered Alfredo Gonzalez, who authorities said threatened them while armed with a weapon.

While the deputies were awaiting for additional units to arrive, "the suspect shot multiple rounds at the deputies from the interior of a home," the statement said, adding that they took cover behind their vehicles as the gunman continued to shoot.

The deputies returned fire, authorities said, and an officer-help call was answered by multiple agencies: the Chino, Ontario, Corona and Riverside police departments. Officers with armored vehicles helped deputies escape from the line of fire.

According to the news release, officials learned that three children were inside the home where the suspect was barricaded. Their ages were not disclosed.

"As an armored rescue vehicle was approaching the residence to safely remove the juveniles, the suspect appeared in the doorway and a second deputy involved shooting occurred," the Sheriff's Department said.

The wounded Gonzalez was then taken into custody and transported by ambulance to hospital, authorities said. He was expected to survive.

There were no reports of injuries to any of the law enforcement personnel.

"Multiple weapons" were recovered at the scene, the statement said, without providing further details.

Gonzalez was expected to be booked on multiple counts of attempted murder on a peace officer, three counts of child endangerment, domestic violence and false imprisonment, according to sheriff's officials.