UCI student's death under investigation as fraternity is suspended 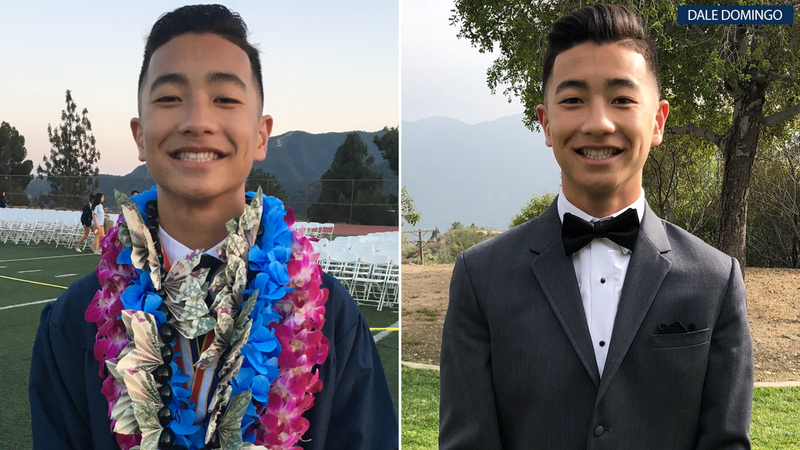 IRVINE, Calif. (KABC) -- An investigation is underway Monday after a University of California, Irvine student died at an off-campus home, and a fraternity was placed under suspension.

The university emailed the campus community regarding the student's death, but did not provide further details. It is cooperating with Irvine police in the investigation.

Authorities said they responded to a medical call around 3:30 a.m. Saturday at Domingo's off-campus home near Turtlerock Drive.

In a follow-up email, the university said Sigma Alpha Epsilon fraternity was on interim suspension, which means all activities are halted until the investigation concludes.

"Our hearts go out to the student's family and community of friends who have been impacted by this incident," the university email said.

Students said Domingo was a freshman and member of the fraternity. The teen's father, Dale Domingo, is trying to understand how and why his son is gone.

Officials called him to the school over the weekend and on Monday, he cleaned out his son's dorm room.

"Devastating to have to clear out your kid's clothes," he said. "Walked in there and first thing I did was grab his pillow and pretty much just cry and weep a little bit."

A neighbor said he called police multiple times Friday night about loud party at the fraternity house. He said the next morning there were at least "eight or nine" police vehicles and that a gurney had been taken out.

The university also said it will be working with the Greek community to ensure members are "engaging in behaviors and practices that are in alignment with university policies and their own values."

An autopsy was performed, and the cause of death is pending toxicology and additional testing.

As for the victim's father, the focus right now is celebrating his youngest child's life. The high school athlete registered as a biology major and wanted to study Kinesiology.

"Long-term wanted to be a trainer for an NBA team. So yeah, lots of dreams that unfortunately are not going to be there," he said.

Noah Domingo, an initiated member of the Sigma Alpha Epsilon at the University of California, Irvine, died at an off-campus residence on January 12.

"We are heartbroken by the death of our UCI brother, Noah Domingo," said Mike Sophir, Chief Executive Officer. "Our thoughts and prayers are with his family and friends, and we appreciate the support the university and its staff have provided to students in this difficult time."