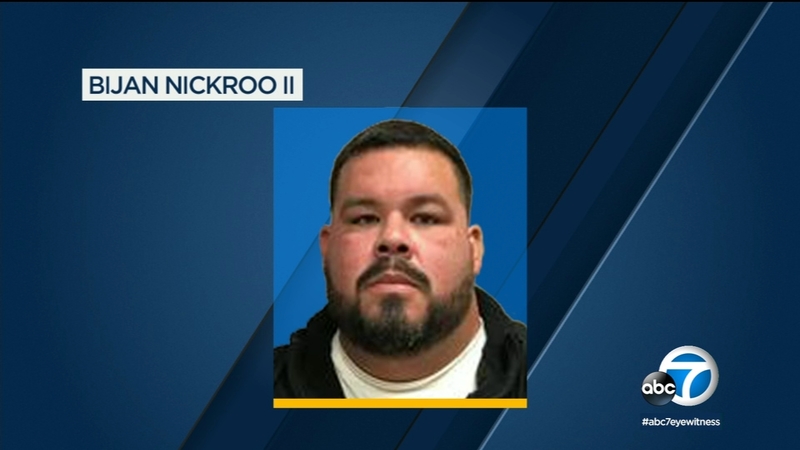 Bijan Nickroo II was arrested Monday for charges of luring and solicitation of a child online and oral copulation of a person under the age of 16, according to the Simi Valley Police Department. He is suspected of having regular contact with a "large number of students" on social media, police added.

The 32-year-old also allegedly had a fake profile that he used to successfully solicit pornographic selfies from students, which detectives are still trying to identify.

Nickroo had worked at Simi Valley High School since 2012 and has been placed on administrative leave, according to the Simi Valley Unified School District.

The district issued the following statement which reads, in part: "We wish to reassure all of our parents and guardians that the school and district have and will continue to take every precaution to ensure the safety of students and staff at our schools. Every parent deserves to know that their children are safe and treated with the utmost concern when they are at our schools."