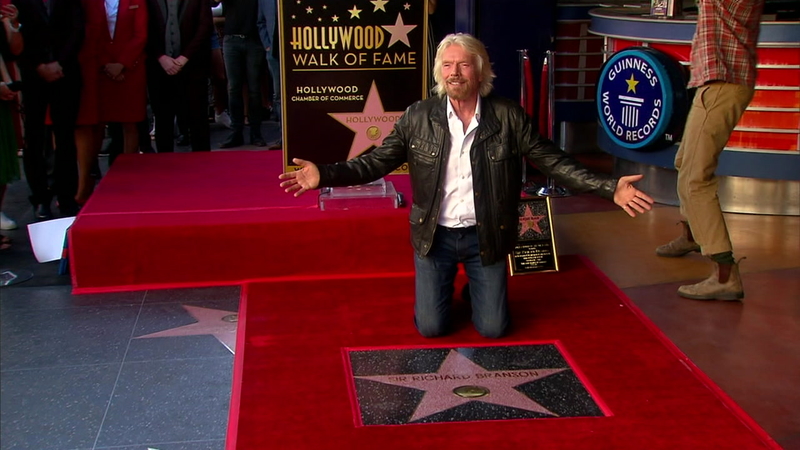 HOLLYWOOD, LOS ANGELES (KABC) -- British media mogul Richard Branson, the founder of Virgin Records, was honored Tuesday with a star on the Hollywood Walk of Fame.

Branson founded Virgin Records out of a small record shop he opened in London in the 1970s.

He would go on to sign some of rock's top artists, including The Rolling Stones, Janet Jackson and Katy Perry.

Over time, he grew the company into a multinational conglomerate with ventures in aviation, electronics, travel and other fields.

Branson told several stories to the crowd, including one about being pranked by Phil Collins disguised as a cab driver.