The City of Los Angeles is trying a new approach to combat COVID-19 among the homeless population.
KABC 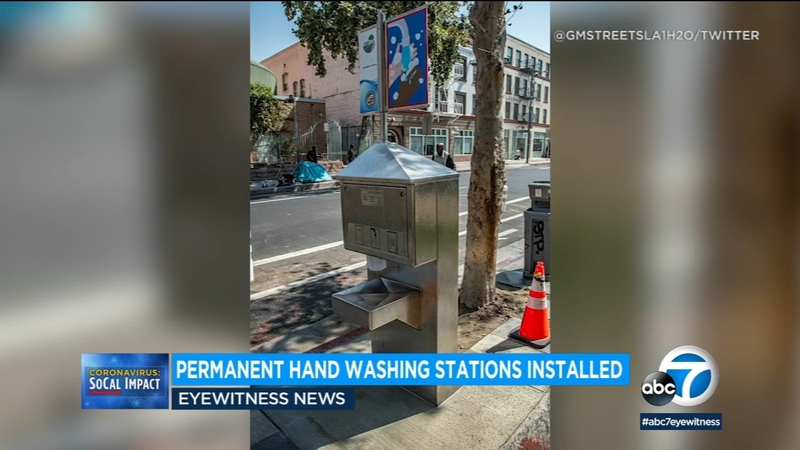 The City of Los Angeles is trying a new approach to combat COVID-19 among the homeless population.

Workers installed permanent hand-washing stations over the weekend in Skid Row and North Hollywood, allowing anyone access to the stations.

The goal is to promote safety for all during the pandemic.

New data is showing that the homeless population in Los Angeles County is seeing a much lower infection rate for the coronavirus than the overall community.

People experiencing homelessness in Los Angeles County are testing positive for the coronavirus at rates far lower than the population at large. The positive rate among LA County's homeless is less than 2%.

A top health official says fears about rapid spread among those who live in shelters and on the streets did not come true.

A leading homeless advocate believes the low rates are because a majority of the county's homeless live outside.

Gov. Gavin Newsom announced a major homeless housing spending program to address the economic impact of COVID-19. On Friday, he revealed a new reopening plan for California, leaving counties to decide how they will respond.

Officials with the county's Department of Public Health said the low case and deaths counts likely reflect a reporting lag due to the holiday weekend.

The number of people hospitalized in the county continued its steady decline, dropping from 984 Saturday to 966 Sunday. County officials noted that figure is at least a 50% drop from early August totals that topped 2,000.

Testing results were available for 2,373,050 individuals with 10% of all people testing positive.