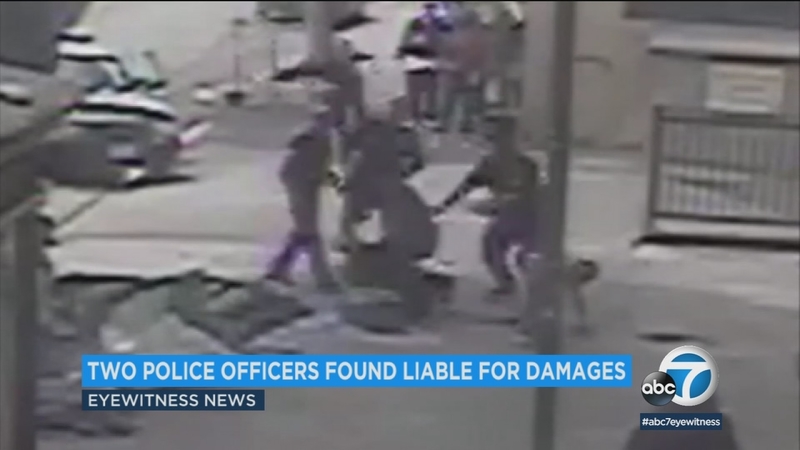 A settlement of nearly $2 million was reached following the jury's decision that the officers were liable for the man's death and excessive force should not have been used. The man's family said they felt that justice had finally been done.

Jurors in the federal civil trial over the death of Charly "Africa" Keunang on Thursday cleared a third officer and the city of Los Angeles of any liability.

The Los Angeles district attorney in 2016 decided not to charge officers with a crime. Prosecutors said the shooting was justified because Keunang had reached for an officer's gun.

Video of the shooting, which was recorded on the officers' body cams, prompted protests in the city.

Keunang, a mentally ill immigrant from Cameroon, was shot several times. Officers were initially called to Keunang's tent after another transient said Keunang kicked him and came at him with a baseball bat.

Keunang's family was in the courtroom Thursday as the jury delivered their decision. "I know my brother won't get back to us, but at least he didn't die for nothing," said Keunang's sister. "The jury today decided what they did to him was wrong."

The settlement is awaiting approval by the Los Angeles City Council.