Man busted for smuggling strapped 94 iPhones to his body 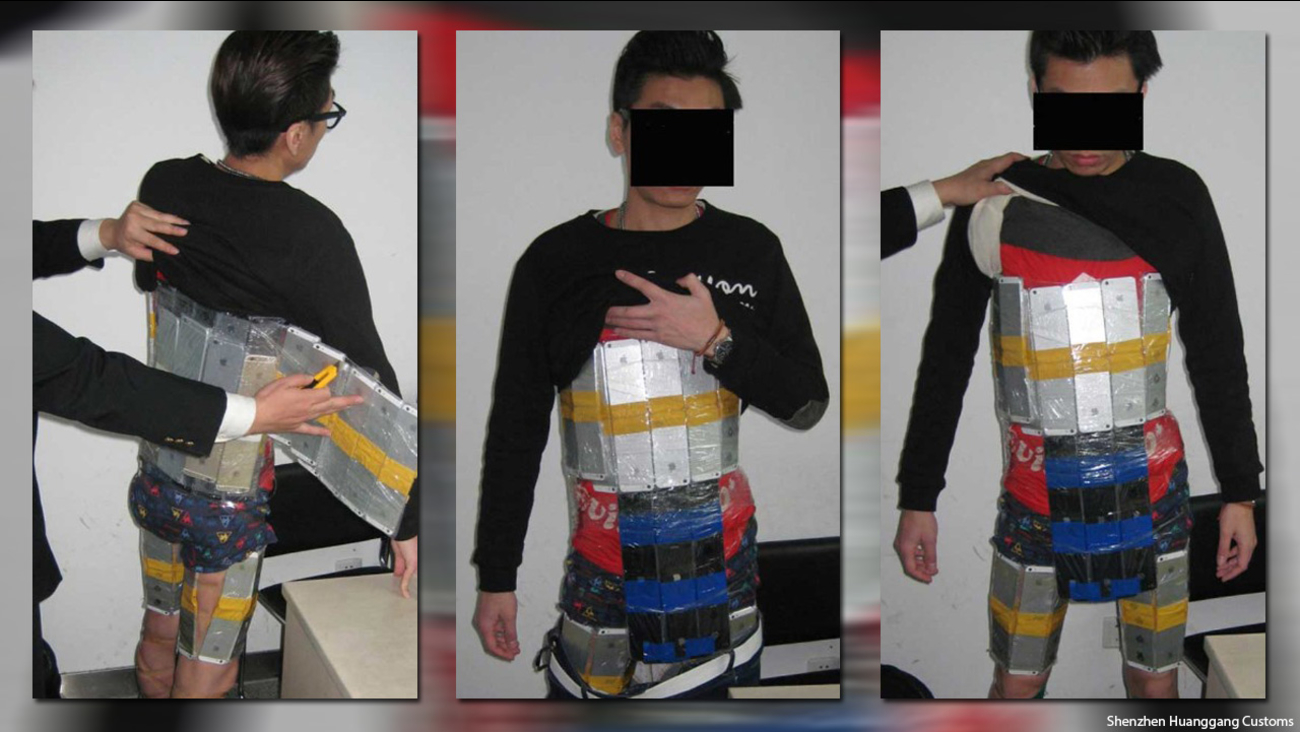 A man was caught trying to smuggle 94 iPhones into mainland China from Hong Kong by strapping them to his body. (Shenzhen Huanggang Customs)

BEIJING, China -- A Chinese man may have to borrow a cellphone to call his lawyer after customs officials confiscated 94 iPhones that were strapped to his body.

The man caught the attention of customs inspectors as he tried to enter a border crossing into mainland China from Hong Kong, CNN reports. He appeared to be traveling light but walked like someone carrying a heavy load.

Turns out he was.

When the metal detector went off, they searched him and found dozens of shrink-wrapped iPhones duct-taped to his chest, crotch and thighs.

iPhone 5s and 6s are extremely popular and expensive in China. The 94 phones strapped to his body were worth nearly $50,000.