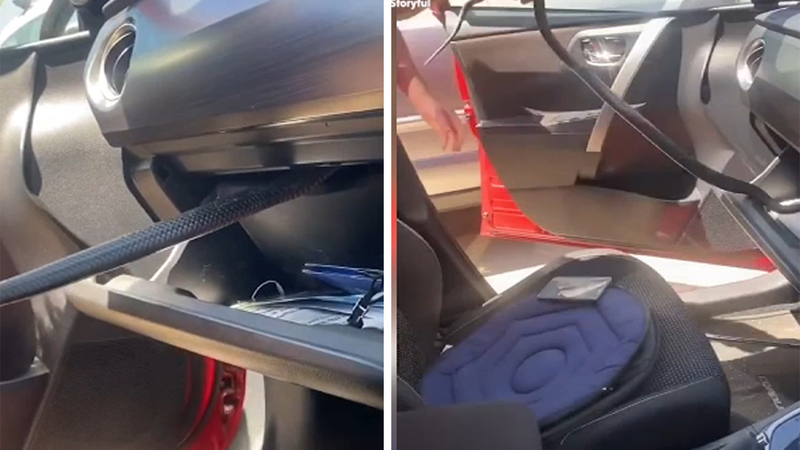 Woman gets surprise from unexpected passenger in car

A woman had an unexpected passenger slither in her car and the removal was all caught on camera.

In Queensland, Australia, a snake catcher came to the woman's rescue after she discovered the snake in her glove compartment while pulling up to a pharmacy.

The video was shared on the snake catcher's Facebook page, Andrew's Snake Removal, on Sept. 14.

The catcher, Andrew Smedley, is seen taking the snake out of the glove compartment after some initial attempts to hold on.

After putting up a fight, Smedley was able to eventually remove the slithering creature.

In his post, Smedly refers to the snake as a redbelly, adding that the woman driving obviously got a fright.