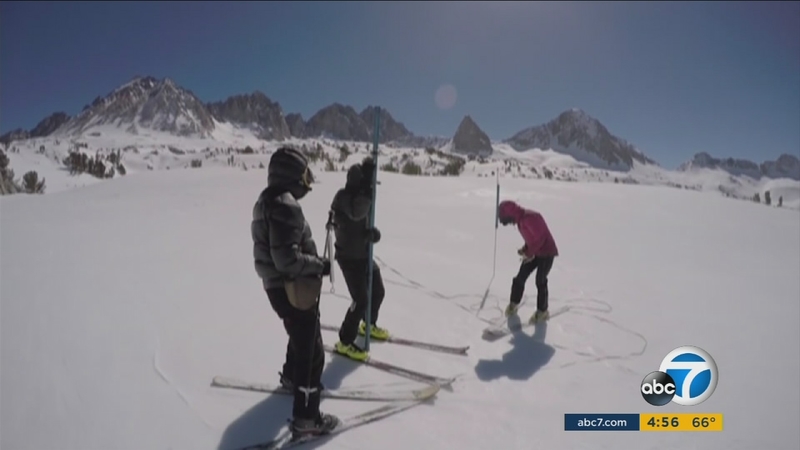 Two years ago, a state snow survey team hiked up to its Sierra Nevada measuring spot in running shoes.

This year, they used skis.

After this winter's heavy rains, the team found deep snow containing nearly double the water content of an average year.

The near-record snowfall is why Gov. Jerry Brown declared an end to the drought.

But despite newer technologies, like satellites and airplane-mounted lasers, trekking on skis to measure snow at regular intervals is still one of the most accurate ways to determine how much runoff will flow from the mountains.

Surveyors have done it this way for more than a century.

To get to the high country for the last reading of the season, the crew battled high winds and snow one day - followed by beautiful blue skies the next.

The work helps forecasters determine how much water will be available to cities, farms and for hydroelectricity.

During high-snow years it helps dam operators know how much water to store and how much to let go to prevent flooding.

For surveyors, it's both a job and an adventure.