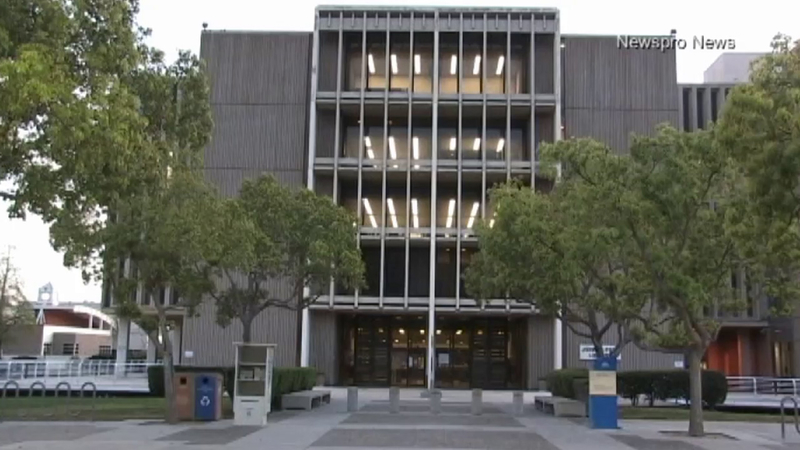 Some 12,900 Southern California Edison customers were without power on Thursday after the utility initiated planned power shutdowns that may ultimately leave up to 174,000 people in the dark amid heightened fire-danger conditions, officials said.

The outages were affecting residents and businesses in Los Angeles, San Bernardino, Ventura and Kern counties, according to Edison's website.

In a statment, the Cal State San Bernardino Police Department announced that all classes and businesses operations were suspended for the day at the San Bernardino campus. The Palm Desert Campus remained open.

"SoCal Edison has ordered a power shutoff to reduce the risk of wildfire due to anticipated high winds and dry conditions," the Police Department said.

An Edison spokesperson told ABC7 that the utility had deactivated power in areas near CSUSB but not on the campus itself.
EMBED More News Videos

Meanwhile, the California Department of Transportation said in an email that outages in San Bernardino were affecting freeway on- and off-ramp intersections.

Ventura County officials issued a statement saying Edison had "initiated power shutoffs in various locations within the county," adding that residents should visit vcemergency.com for updates.

Power shutoffs went into effect Thursday evening in Thousand Oaks "without prior notification," according to a tweet from the city. It's unclear exactly how many customers were affected.

@SCE has initiated power shutoffs in areas of Thousand Oaks without prior notification. For information on current conditions, please visithttps://t.co/0uE6FvrGyy and for questions regarding power please contact SCE at 1 (800) 655-4555. #psps #thousandoaks

Santa Ana winds were moving into Southern California, prompting the planned outages in several local communities to reduce the risk of fire.

Other potentially affected areas include Riverside, Orange, Inyo, and Mono counties. As of Thursday morning, the total count of customers who could be impacted stood at 173,877.

Areas without power or under consideration for power shut-off by SoCal Edison as of 3 p.m. Saturday:

"Our fuels are certainly dry and receptive to fire and so we're certainly concerned about the high wildfire potential," said fire scientist Tom Rolinski.

Of California's 10 most destructive fires since 2015, five have been confirmed to have been caused by power company lines. They are the Camp Fire, Thomas Fire, Butte Fire, Atlas Fire and Redwood Valley Fire.

Customers with updated contact information will be notified well ahead of any planned outages, officials said. The utility will also be rolling out charging vehicles, where people can charge items such as their phones or medical devices.

"If the wind conditions are severe enough, you see branches flying around or breaking off of trees, those are the conditions that are going to drive us to make the ultimate decision to shut the power off," said the utility's Don Daigler.

Pacific Gas & Electric began shutting off power to hundreds of thousands of customers in 34 Northern and Central California counties.