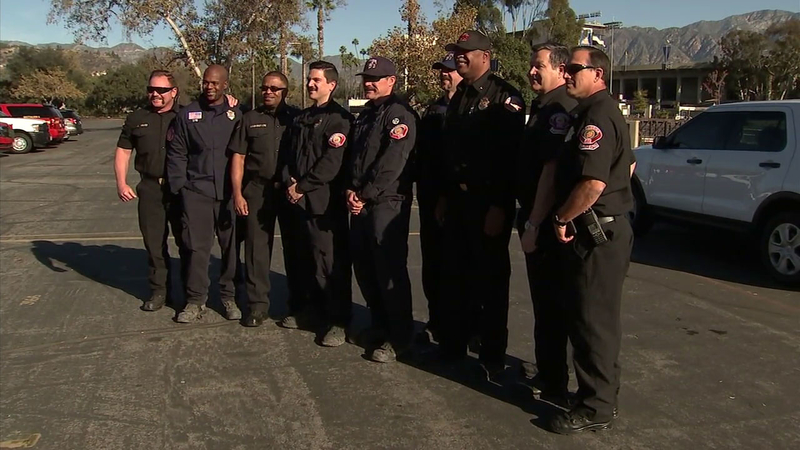 PASADENA, Calif. (KABC) -- A group of firefighters spent the last week in Northern California performing search and recovery efforts, and they said they were stunned by what they saw.

"It looked like a nuclear bomb had hit that community. I'd seen things I'd never seen before as far as structures that were incinerated," Robert Sepulveda said.

Sepulveda was at the Montecito fire last year. The firefighters are from Pasadena, Monrovia and Arcadia and are part of the regional task force that goes to fires and other natural disasters.

The Camp Fire, which is the most destructive fire in modern California history, has killed at least 88 people and destroyed 14,000 homes.

"You're literally driving through an area and you're not able to discern where this began and where it ended. It literally moved through with just an absolute force that leveled everything," Capt. David Marquez said.

With more than 200 people still missing, the job of the task force was to search for remains. They checked more than 1,100 structures.

"We found remains every day but unknown if they were animal or human. They needed to do DNA testing to confirm," Sepulveda said.

Task force members said what they learned in the Camp Fire can hopefully save lives in the future.

"You can only get the knowledge, skills that they've developed from a deployment, from the experience that they had over the past eight days. So the experiences that they had, they're able to bring back here so that if and when something happens here, they'll be prepared," Chief Bertral Washington said.

They spent the holidays away from their families, but these firefighters said they feel good that they helped Northern California families recover from a tragedy. They also have a lot to be thankful for.