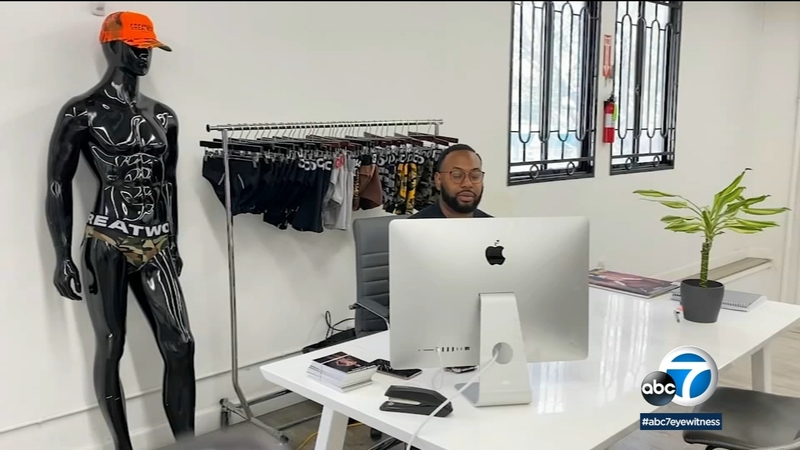 He says that didn't deter him. He has a passion for designing men's underwear. Five years ago, he approached apparel manufacturer Shon Simon with his idea for starting up Greatwood underwear.

"We were basically just going over some ideas and I got so excited once I heard him come up with a name and his concept and I was like go for it," says Simon.

This local organization aims to empower the Black transgender community, which is too often targeted by hate.

"On the inside of his underwear, he has an orange lining and this orange lining is an eco-friendly fabric. It's anti-microbial, antibacterial and it holds odor in a way that keeps you fresh," according to Simon.

And it's all designed and manufactured in downtown Los Angeles. Pitts is keeping it local. Now he is a mentor for other young designers. Just like the many colors and textures of his fabrics he is also teaching diversity and tolerance.

"I like to be inclusive I like all sorts of ideas and things like that. With Greatwood we just want to inspire and keep everything inclusive and include everybody no matter what race, sexuality or anything like that."

MORE | Everything to know about Pride Month 2021