The son says the money will likely go toward something for his dorm room.
CNNWire 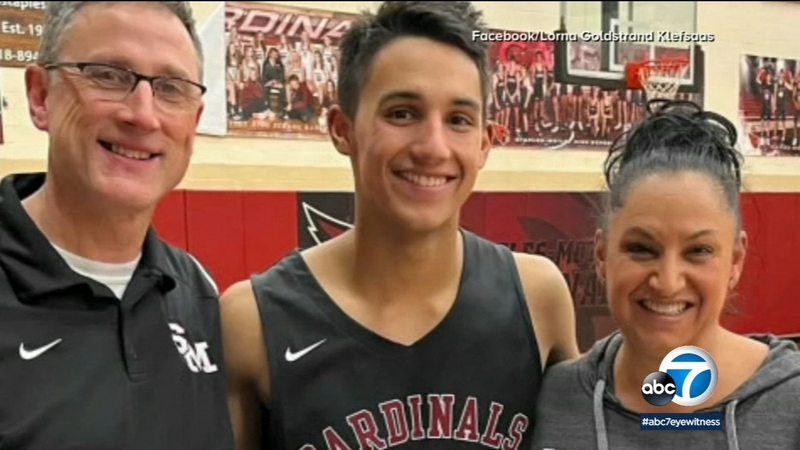 If someone said they'd pay you $1,800 to stay off social media for six years, would you do it? Could you?

Sivert Klefsaas did just that.

In 2016, Lorna Goldstrand Klefsaas challenged her 12-year-old son Sivert to stay off social media until he was 18. If he completed the challenge, she'd award him the cash on his eighteenth birthday. On February 19, 2022, Sivert claimed his prize.

Lorna was inspired by a challenge she heard on the radio called the "16 for 16", where a mother gave her daughter $1,600 when she turned 16 if she stayed off social media, she told CNN. She decided to up the ante to two extra years and $200 more.

Sivert said it wasn't too difficult to live without social media, and he didn't think about it much during the six years. As a 12 year old, Sivert said he wasn't using social media much anyway. The only app he had prior to the bet was Snapchat -- which he deleted a day after trying it out.

"I wouldn't say there was ever a time where I thought I was about to break," he said. "As it went on, it was more of a pride thing."

He also had his friends to keep him up to date on the latest information or trends. "I got to avoid all the unnecessary drama that was on there," Sivert added.

Lorna said she never had to check for any sneakily downloaded apps. "He's so competitive, it was definitely more for proving a point," she said.

It also meant he had more time to focus on his grades and sports instead, Sivert told CNN affiliate KARE.

Now $1,800 richer, Sivert told CNN he hasn't thought about what to buy (when he was 12, he joked he'd get a house), but it'll likely be something for his dorm room at the University of Northwestern St. Paul, which he'll attend in the fall.

SEE ALSO: 11-year-old Orion Jean recognized as Kid of the Year for his commitment to kindness
EMBED More News Videos

"If we continue giving back, then it makes us feel like we're getting something just simply by being kind," Orion Jean said.

But he has already decided on his first foray into social media: getting Instagram.

"There's definitely a learning curve," Sivert said. "I see my friends fly through their social media apps and I can't do that quite yet."

After Sivert's success, Lorna, ironically, took to Facebook to share the challenge. She said it was some of the best money she ever spent. Other parents have seemed interested in trying it out too, she told CNN.

"We are certainly not against social media, but it's the healthy using of it," Lorna noted. "It's about not letting yourself get weighed down by it, or addicted to it, or affected by things that people post."

She added she thinks her son now has a "different perspective" on social media than he would have at age 12.

Sivert is the youngest of four children, and his three older sisters all used social media growing up. Lorna said there were times she felt her daughters "got too engrossed" in their apps and feeds.

"It was affecting their mood, their friendships and was kind of a depressant," she said. When one of her daughters was 16, Lorna took away her phone because of it. Lorna says her daughter later thanked her for doing so, as it improved her mood.

"For some reason, kids and adults feel so comfortable behind a screen," Lorna said, referencing the kinds of comments people post. "I'm so happy (Sivert) didn't have to read any of that."