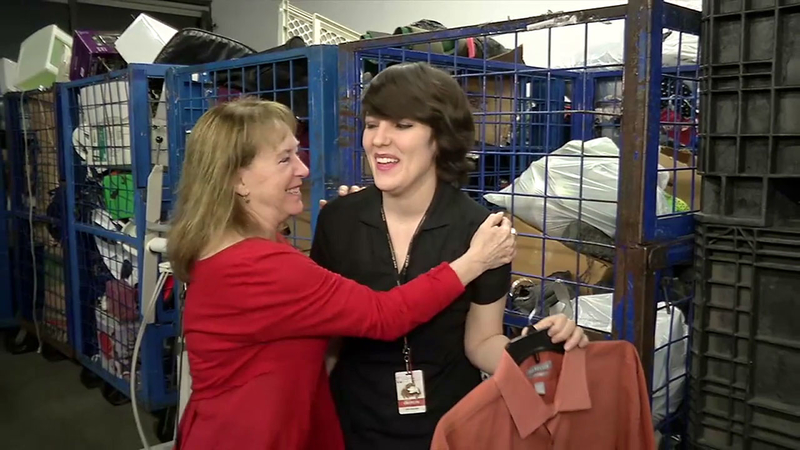 PLACENTIA, Calif. (KABC) -- A Placentia woman recently made a donation to Goodwill that was far more generous than she intended.

When Linda Hoffman dropped off a bag of old clothes to Goodwill, she had no idea what was in a pocket of one of her husband's old shirts: his secret vacation stash of $8,000 in cash.

Bob Hoffman had been secretly saving the cash for six years, planning to surprise his wife with a vacation to Italy when he retired.

Two days later he realized the shirt - and his money - were missing.

He then fessed up to his secret plan and the two of them rushed over to the Goodwill donation center. Employees scrambled to track down the shirt, but had no luck.

The Hoffmans were giving up hope.

"We looked at it as if it was gone, that we hoped it would go to somebody to help that family out," Linda Hoffman said.

It wasn't until the next day that Goodwill employee Caitlin Mulvihill came across a bulky pile of dress-up shirts. As she sifted through it, she found the shirt with Bob's stash.