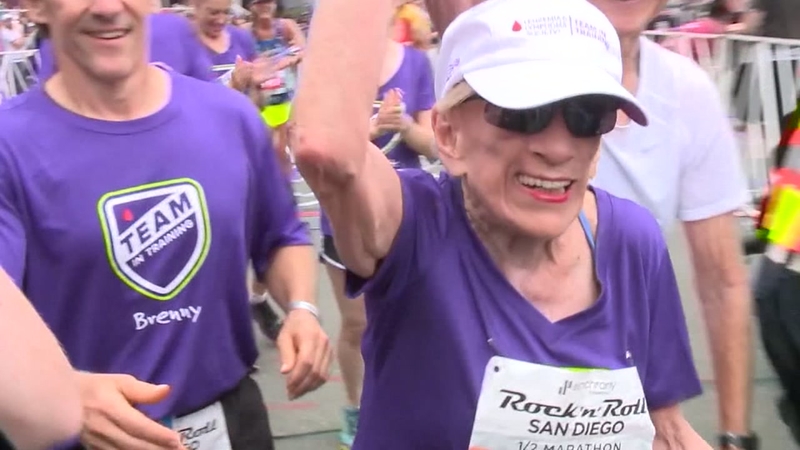 Harriette Thompson said she was elated to become the oldest woman to complete a half marathon on Sunday at the San Diego Rock 'n' Roll Marathon.

"I'm sort of numb," Thompson said with a laugh. "It feels great! I just am happy that I was able to do it."

Back in 2015, Thompson became the oldest woman to complete a full marathon when she finished the 2015 San Diego Rock 'n' Roll Marathon at age 92.

Thompson said the thousands of dollars she's helped raise through her running for cancer research is what keeps her going.

"I want to thank everybody who was so generous and gave me money," she said. "I made quite a bit this year for leukemia and lymphoma and that's the whole reason I'm running."