KABC
By ABC7.com staff
HOLLYWOOD, LOS ANGELES (KABC) -- The 87th annual Hollywood Christmas Parade will help ring in the holiday season as it makes its way through Tinseltown Sunday night.

Hollywood Boulevard between La Brea Avenue and Orange Drive and a few surrounding streets are in a tow-away no stopping zone. Some streets will be blocked off through midnight.

The parade will travel on a 3.2-mile route beginning at Hollywood Boulevard and Orange Drive, moving east on Hollywood, south on Vine Street and west on Sunset Boulevard back to Orange. 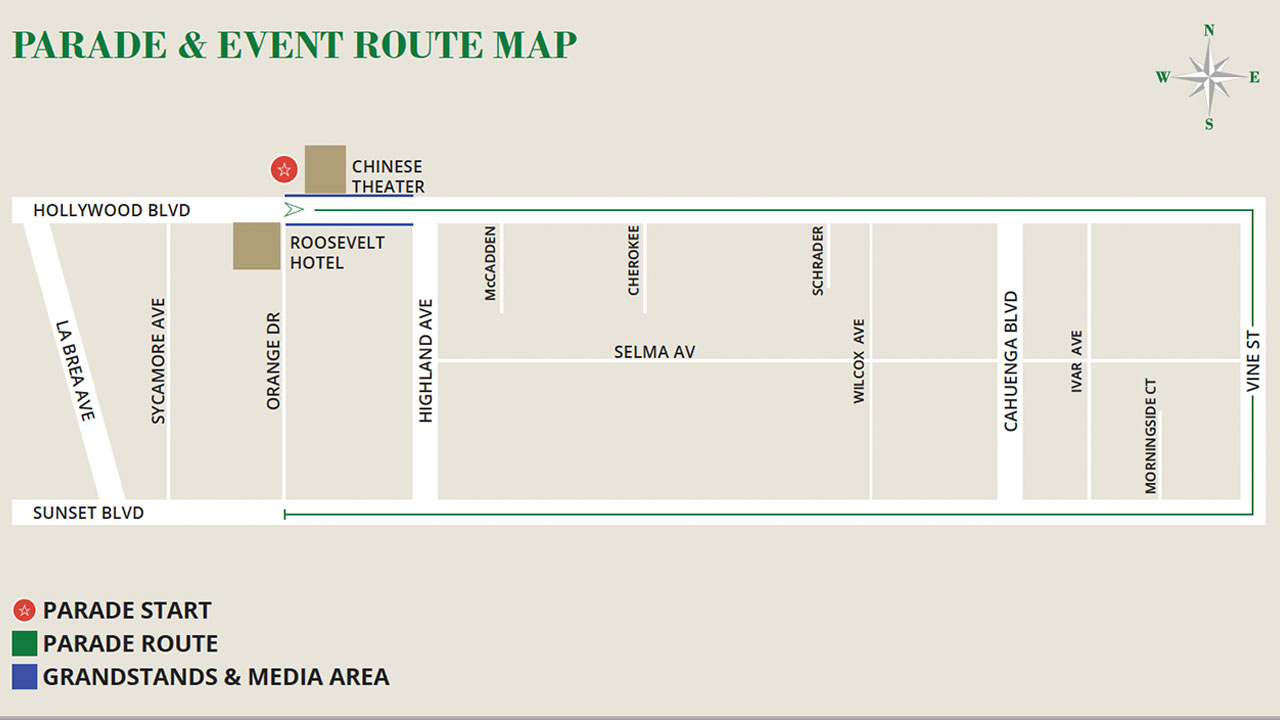 The parade is set to begin at 6 p.m., but before that at 5 p.m., there will be a concert that will include performances by Donny and Marie Osmond, the Beach Boys and Ludacris.

The parade will feature a number of celebrities, as well as famed vehicles from Hollywood, including the Batmobile, a "Magnum P.I." Ferrari, "Back to the Future" DeLoreans and the "Scooby Doo" Mystery Machine to name a few.

And, of course, the parade will conclude with an appearance by Santa Claus.

For a full list of street closures, visit thehollywoodchristmasparade.org/routes-and-closures/.