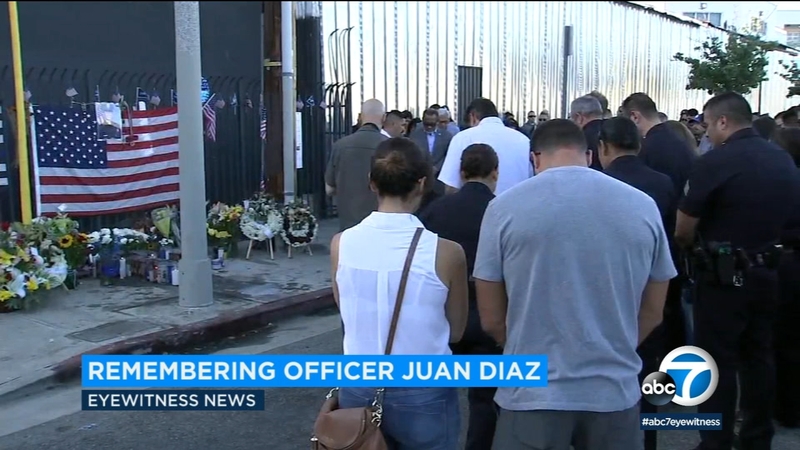 LINCOLN HEIGHTS, LOS ANGELES (KABC) -- A memorial filled with flags, flowers and loving messages has become a place for the community to mourn the death of Los Angeles Police Officer Juan Diaz, who was fatally shot in Lincoln Heights.

LAPD Chief Michel Moore, who attended the vigil, said the death of the 24-year-old officer is a big loss for the department.

"The future of LAPD is what he represented," Moore said. "And everyone I've spoken with, he was a bright smile -- he was a bright mind and he was always willing to give."

Funeral plans have been announced for the Los Angeles police officer who was shot and killed in Lincoln Heights.

Diaz was off-duty with his girlfriend and her brothers on July 27 eating at a taco stand in the area of Avenue 26 and Artesian Street when he was shot and killed after he saw people tagging a building and told them to stop, police said.

"He passed away just being one of us," said Gilma Funaki of Lincoln Heights.