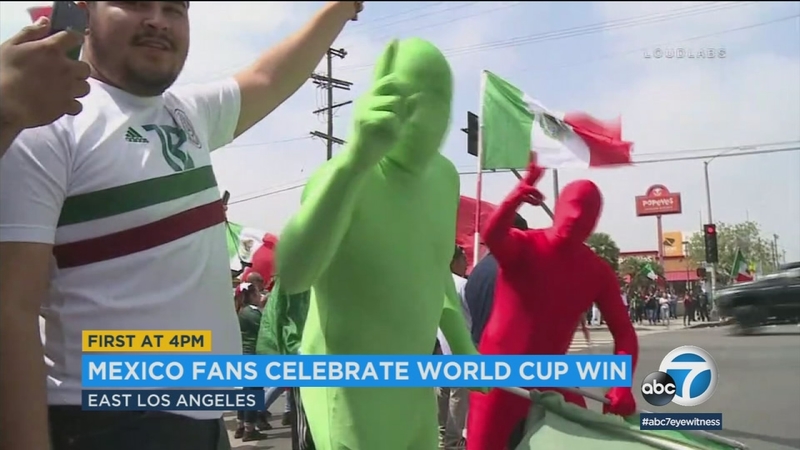 The Los Angeles County Sheriff's Department tweeted that Whittier Boulevard would be closed between Arizona Avenue and Atlantic Boulevard for some time as crowds headed out onto the street.

Groups of people waved the Mexican flag in the area and danced around in the streets. People on social media shared videos of people lining the sidewalks and chanting.

People celebrating Mexico’s win got Whittier Blvd in East LA shut down. This is awesome. pic.twitter.com/0fNQAlXu7E

Early Saturday, Mexico beat South Korea 2-1 and player Javier Hernandnez scored the second goal during the game, making it his 50th for the team.

In Mexico City, fans converged on the Angel of Independence to celebrate the national team's second win.