YouTube user Abel Abraham published the raw video at the McDonald's in St. Paul, Minn. In the video, an irate McDonald's employee named Lonnie Johnson can be seen behind the counter, screaming and knocking over restaurant supplies.

Abraham described in a message what happened following the event:

"I connected with Lonnie after it happened as I saw him at a train station by the restaurant around 15 minutes after the event and we talked, found him on Facebook and asked if I could post the video on my page which has now gained 250K views and 2K likes." 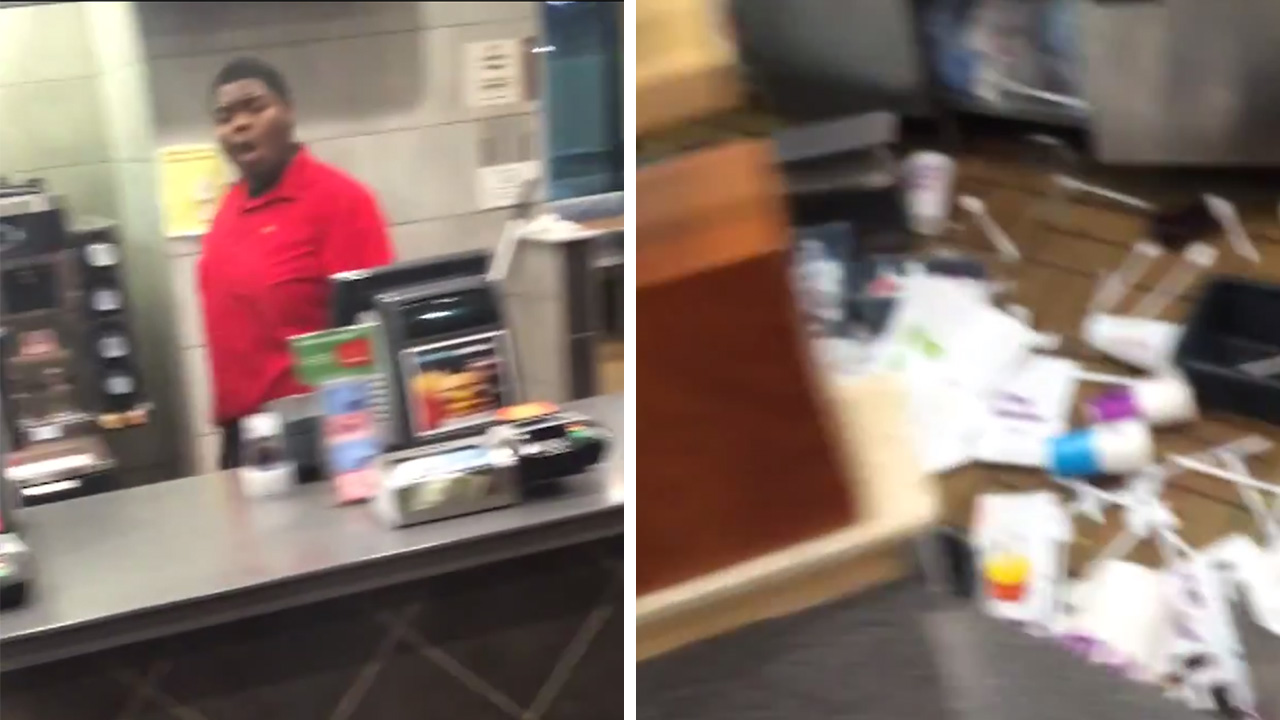 The video quickly went viral, earning over 3 million views on YouTube since being uploaded on February 8. Since going viral, however, the manager in the video, Brandon Robertson, was reported to be fired, according to City Pages.

A representative for Abraham provided the following account when Robertson reached out to the video uploader via Facebook.

"Brandon added me on Facebook after the video went semi-viral and talked to me about how his managers were in the talk of firing him (Sunday night we were talking). Monday around 3pm he told me he was fired, and we continued to talk as I asked him if I could have the owner's number. I called the owner (who had seen the video by then) and asked if there was any possible chance if we could sit, meet and talk about what happened because I didn't believe the outcome was right (Brandon, the manager who had kept his calm, got fired after working for 5 years). The owners told me they couldn't disclose much information because I don't work at that McDonald's but there were was a heavy discussion about the termination and that was what they had chosen to do."

"We regret the personal dispute that unfolded in our restaurant between two of our employees. The conduct shown in the video is unacceptable and we have taken appropriate action. The well-being of our customers and employees remains McDonald's top priority, and we apologize to our customers who were in the restaurant at that time."

Henry then issued another statement:

"We regret the unacceptable employee outburst that happened in our restaurant Saturday and has gone viral leading to much speculation and inaccurate claims. While it is inappropriate to publicly discuss personnel matters, rest assured that we took the appropriate action to address the entire matter and not just what was seen on video.

The well-being and safety of our customers and employees remains our top priority, and we apologize to our customers who were in the restaurant at that time. As this is a personnel matter, it would be inappropriate for us to comment further. I am proud of our role in the community as an employer and neighbor, and the opportunities we provide."

The manager, however, is distraught after losing his job to unexpected viral fame.

"My face is everywhere now. Who's going to hire me? Nobody," he told City Pages. "I was doing my job, but I only make $11.75 an hour. Come on now. What was I supposed to do?"
Related topics:
societyviral videomcdonald'syoutubefoodfast food restaurantu.s. & worldworkplace
Copyright © 2020 KABC-TV. All Rights Reserved.
More Videos
From CNN Newsource affiliates
TOP STORIES