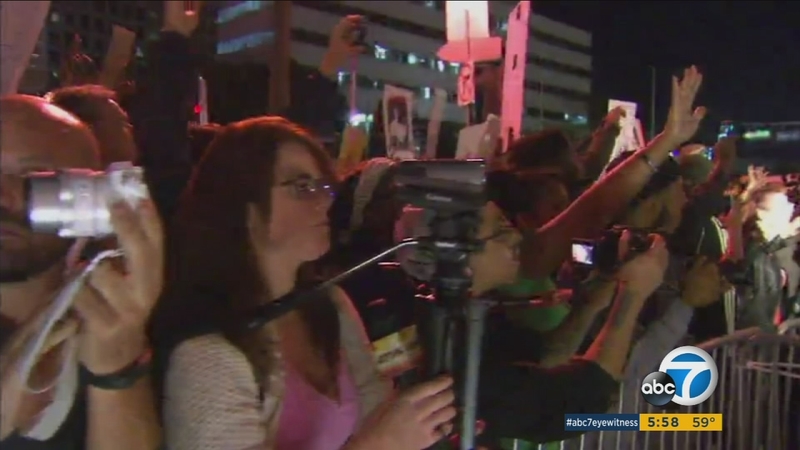 LOS ANGELES (KABC) -- A sharp rise in the number of officer-involved shootings in Los Angeles caused both the L.A. Police Commission and community activists to call for reforms Monday.

A total of 45 officer-involved shootings have been recorded for 2015 so far, in comparison to 23 in 2014, and L.A. Police Commission President Matthew Johnson calls it an alarming development.

"I would be looking at these same exact issues even if we were down from last year," he said. "I'm of the firm belief we can always do better."

Johnson has asked for a thorough analysis of the past 10 years of police shootings and also said he wants to look at how the department might use more non-lethal weapons such as stun guns.

"We have a police commission that's unlike any other in the county with the amount of authority and resources that we have to oversee the department," said Johnson.

Some, however, feel the commission isn't doing enough and have regularly protested at commission meetings and on the streets.

Pete White from Black Lives Matter in Los Angeles said there needs to be a change at the top, and he wants L.A. Police Chief Charlie Beck fired.

"From the community's vantage, this ship is on a wayward course, and we have got to look at solutions that are not studies," said White.