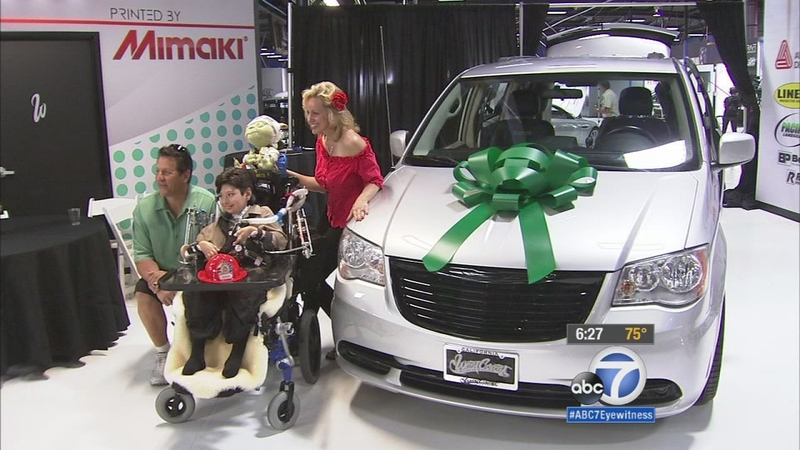 A 2011 Chrysler Minivan was gathering dust at AAA's salvage yard until West Coast Customs got their creative hands on it.

The business worked with Caliber Collision through its Recycled Rides Program, and all three companies put their resources together to customize the minivan for Dominic, who is afflicted with ALS, which is rare for a child.

"When the van first came it looked a little wrecked and a little messed up. (AAA and Caliber) were like 'What are we doing?' and we're like, 'We're going to make this car special for a family in need.' We did it. We worked with Caliber, we worked with AAA and we did something that's amazing," said Ryan Friedlinghaus with West Coast Customs.

The trips from the Cumo's home in Apple Valley to Loma Linda University Children's Hospital were stressful and sometimes lasted between two to three hours.

Now they're grateful to have reliable transportation.

Dominic could not stop thanking everyone who made it possible for him and his family to get around easier.
Related topics:
societyburbankapple valleylos angeles countysan bernardino countyalschildrenbusinesscarcommunitydonations
Copyright © 2021 KABC-TV. All Rights Reserved.
More Videos
From CNN Newsource affiliates
TOP STORIES