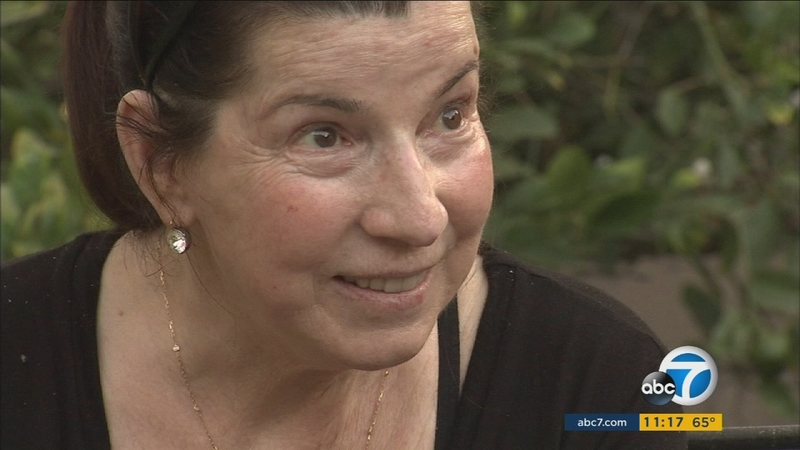 LOS ANGELES (KABC) -- Nanci Ryder, once the voice for some of Hollywood's biggest stars, has lost her voice to ALS, but she hasn't lost her determination to find a cure.

"If you looked up the word friend in the dictionary, it would have a picture of Nanci," he said.

Two years ago, Ryder was diagnosed with ALS, amyotrophic lateral sclerosis, a disease which affects the central nervous system and impacts a person's physical functions.

The disease has noticeably progressed, and the A-List spokesperson can no longer speak on her own.

"Something changed and I started to witness the progression of the disease and what it's doing to my friend," Schwartz said. "To lose the ability to talk for what we do, it's just incomprehensible."

For the last several years, Ryder has led the largest team at L.A.'s Walk to Defeat ALS with the help of many of her famous friends, such as Renee Zellwegger and Courtney Cox.

Thanks to all of those ice bucket challenge videos, $115 million was raised for research and scientists discovered three new genes.

"It enabled us to power research that had already been teed up to go, we just didn't have the funding to move it forward," Fred Fisher said.

Schwartz and Ryder want to invite everyone to the L.A. Walk on Oct. 16 at Exposition Park. If you would like to join, head over to teamnanci.org.