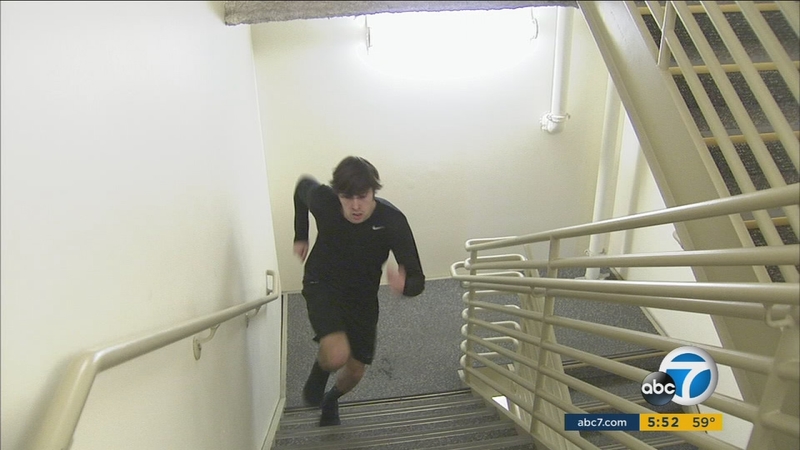 LOS FELIZ, LOS ANGELES (KABC) -- A Los Feliz man is set to run up the Empire State Building, and he's doing it all for a good cause.

Tomm Polos won a lottery spot for the event, which takes place in February.

"I've been running since I was a teenager, never in this particular magnitude," Polos said.

The New York native is training for the event, which he's tackling for a charity that is close to his heart.

The Empire State Building is 102 floors. The race is 86 floors to the observation deck. That totals 1,576 steps.

"I'm doing the Empire State Building Run-Up to raise money and awareness for Camp Sunshine, which is a retreat for children with life-threatening illness and their families," he said.

The race is coming up, so Polos is sharpening his physical and mental focus.