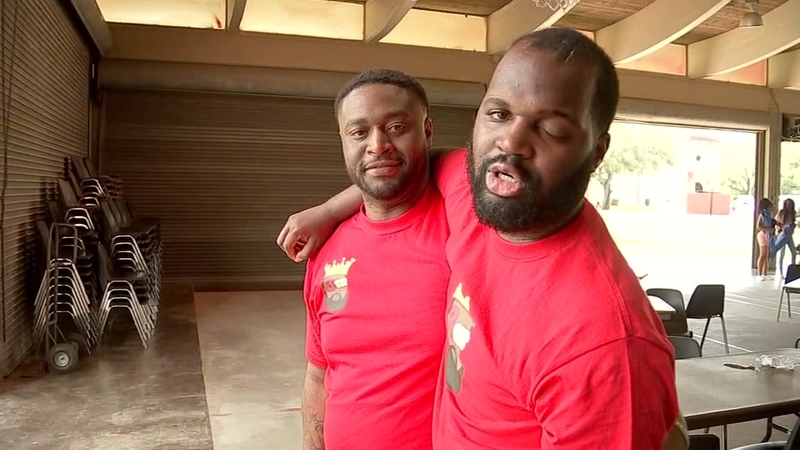 A year ago, Devyn was recovering in ICU during his birthday, and many people doubted that he would live to see 28.

On April 3, 2018, Holmes was shot in the head on Facebook Live. Cassandra Damper was arrested at the scene of the shooting. She is charged with aggravated assault causing serious bodily injury.

Surrounded by friends and family at the Texas City Park pavilion, Holmes said he has no memory of the shooting or the first few weeks he spent in the hospital.

"I never doubted I'd survive," Holmes said. "I'm not the physically strongest in my family, but I'm strong mentally."

He's still wheelchair-bound, but he says he can push himself up to a standing position.

"I've been helping people," Holmes said. "I want to inspire people going through things. One man called me and said that he was going to kill himself. I told him about what I'm going through and how I'm working through it. He changed his mind."

Holmes' biggest regret is not being present for his young daughter over the past year due to being hospitalized and going through rehab.

"I want to be there for my little girl," Holmes said.

His goal is to walk again, and no one should bet against that.