KABC
By Jessica De Nova
MISSION VIEJO, Calif. (KABC) -- A teen diver with autism competing at the junior Olympic level is defying the odds as she prepares for regionals.

"When I jump off the board, I feel free doing all these things," Badger said.

The diagnosis came when Haley was just 3 years old, but something stronger took over five years later.

Badger said when diving, she felt much like Jim Hawkins in her favorite Disney movie, "Treasure Planet."

"Just like when he feels free, flying on his solar surfer, I feel free to do my dives," Badger said.

The adrenaline junkie admitted, "The first time, I was a little nervous for diving on one meter," Badger said.

At 16 years of age, she made her way up five, seven and even 10 meters, but before she can get her fix of freedom up on the dive platform, she has to work for it on the ground 12 hours a week.

"It's a lot of focus, concentration and tightening everything up," Badger said.

Haley's mother, Holly Badger, said watching her daughter compete at the junior Olympic level with the Mission Viejo Nadadores has been "amazing."

"She owns the pool, she owns her body, she knows what she's doing and it's given her so much confidence," Holly Badger said.

Haley's mom said parents of children with autism shouldn't let the diagnosis hold them back.

"Just don't be afraid of the diagnosis. Just allow them to bring their strength to the table and you work with that," Holly Badger said.

The head coach of the Nadadores, Michele Mitchel, said divers learned to rely on themselves and Haley was no exception.

The unique thing about this independent competition is divers still have a team to back them up.

"It's important for me because they have to cheer me on so I can try again for next time," Badger said.

Armed with courage, support and a little Disney inspiration, Haley hopes to help encourage all children to fight for their dreams.

"I can inspire them to not give up," Badger said, adding, "All I have to do is rattle the stars and chart my own course."

Haley is scheduled to compete at regionals at the Marguerite Aquatics Center on the weekend of April 26. 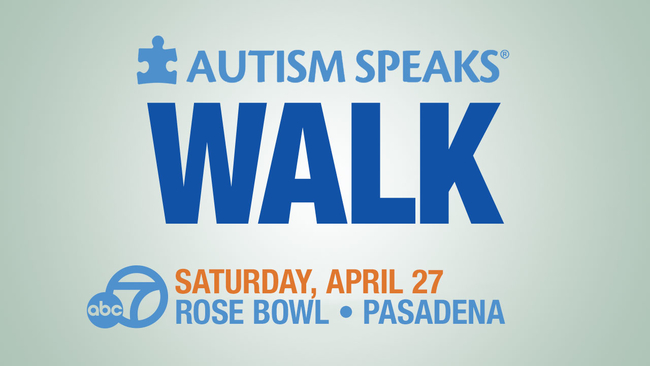