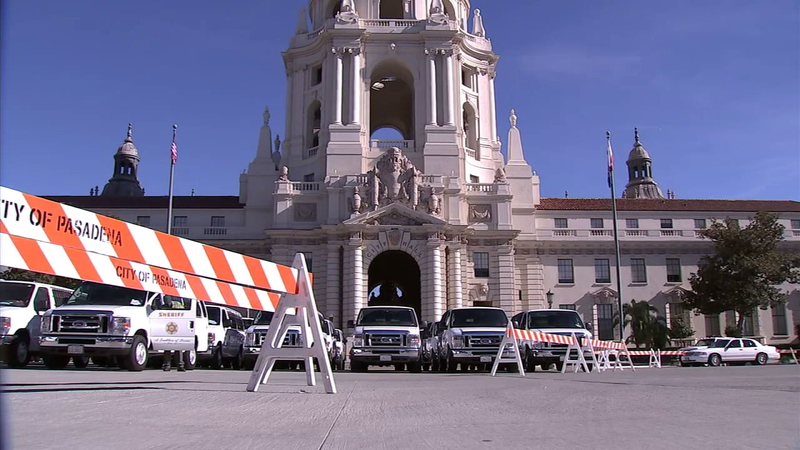 PASADENA, Calif. (KABC) -- New security measures are planned for this year's Rose Parade in Pasadena, and the changes include earlier than usual street closures.

It wouldn't be New Years without the Tournament of Roses Parade, and these days it wouldn't be the Rose Parade without some serious security.

Local, state and federal agencies are all working hand-in-hand to keep parade-goers safe.

"We're working very hard using our intelligence resources to be able to try and become aware of any threats there may be right up until and through the time of the events," said Los Angeles County Sheriff Jim McDonnell.

A big change this year: Colorado Boulevard will be shut down early, starting at 10 p.m. Sunday.

RELATED: Get to know your 2018 Rose Queen

Officials said the early closure doesn't mean campers can start staking out their turf any earlier. In fact, city officials said that's a good way to lose your seats.

"Every year we see people try to reserve spots earlier. They'll bring out chairs, they'll rope them off to secure spots. Those will be confiscated, and you won't get them back, so do not do that ahead of time," said Lisa Derderian of Pasadena Emergency Management.

City officials also encourage parade-goers to carpool or take mass transportation because it will save time and money.

Here's a quick list of what not to do when you get to the parade:


One tradition that is still hanging on: The members of the Rose Queen Court are manning phones this weekend -- answering any questions you may have about the parade. The popularity of the hotline, though, is fading, thanks to technology.