The outbreak has formed a perfect storm for scam artists, according to the FBI and AARP, with a surge in cases prompting hucksters to target people who are on their computers searching for help.

"The fraudsters will prey upon the victims' uncertainty and fear. The scammers play upon victims' emotions," said FBI Special Agent Nora Collas.

People, especially seniors, are being slammed with texts and emails from senders who appear to be from government agencies, a bank or the Centers for Disease Control and Prevention.

"It appears to be benign, not asking you for money, just trying to offer you information. But the text actually contains a link," said Asst. U.S. Attorney Monica Tait.

The link is the cyber trap. Clicking on it can expose your banking information and infect your computer with malware.

The doctor in San Diego was arrested for allegedly marketing packages of drugs that he said could provide six weeks of immunity from COVID19. He charged $3,995.

The FBI is warning people about fake pop-up testing sites. At one in Louisville, Kentucky, workers charged $240. They swabbed mouths, gathered personal information and engaged in risky hygiene practices.

Since many people are at home, impostors are exploiting others by pretending to be an IRS agent. A common threat is that they offer to help you claim "stimulus" funds but first request credit card or banking information.

If you suspect a scam, you are urged to report to the FBI's Internet Crime Complaint Center at ic3.gov.
Report a correction or typo
Related topics:
societysan diegocoronavirusscamsfbiu.s. & worldwarningdoctorsfraudaarpcovid 19
Copyright © 2020 KABC-TV. All Rights Reserved.
CORONAVIRUS 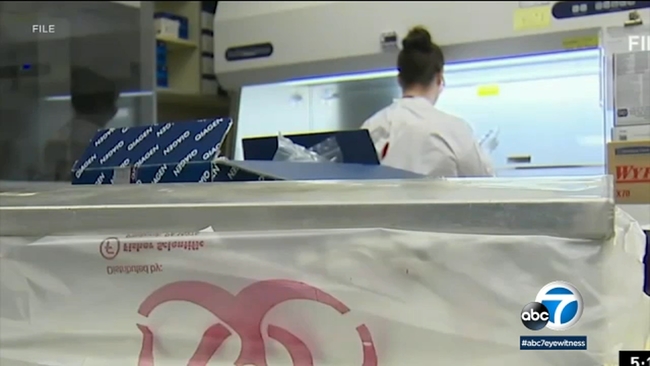