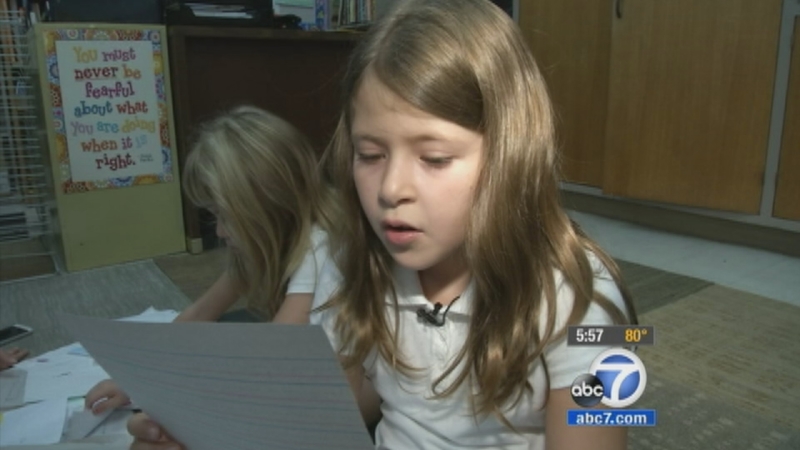 BEVERLY HILLS, Calif. (KABC) -- Two local sisters who wrote letters to President Barack Obama got more of a response than they expected.

Noa and Neta Oranim, 8 and 6 years old, attend Albert Einstein Academy in Beverly Hills. They wrote to the president to share their thoughts and concerns about the nation.

The girls hoped they would get a letter back. Instead to everyone's surprise, they were invited to the White House.

"It's a once-in-a-lifetime opportunity that most people don't get to see, so I just think it is going to be awesome," Noa said.

The girls' family wanted to get other students from Albert Einstein Academy involved, and the kids liked the idea of writing their own letters.

So now, the Oranim sisters will deliver more than 100 letters to the president when they meet him this week.

"So excited to be able to write a letter and make it a class project in many classrooms," said Elisa Rose, the school's principal.

Noa said she plans to talk to the president about her ideas to save wildlife and also ask for a favor.