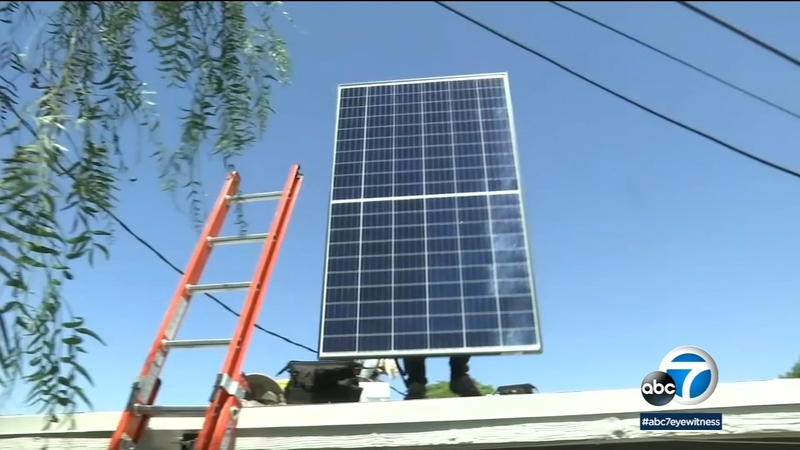 When Los Angeles Mayor Eric Garcetti announced back in February that LADWP would phase out three natural gas power plants located along the coast over the next decade, customers started asking how the utility company would make up for that lost power.

The three power plants represent 38% of the city's current natural gas portfolio. The residential solar power provider Sunrun thinks they have a solution.

According to analysis by Sunrun, 75,000 L.A. homes and apartment buildings with solar panels and their brightbox battery would equal the energy produced by one of the natural gas plants.

"Recently, we have seen the cost of this technology come down. The way we have built our electricity system, which is a very centralized infrastructure because that's the technology we had decades ago, can now take on this much more distributed architecture where customers can play a role. We don't need to rely on centralized power plants. Nobody wants a big power plant in their backyard. There's a lot of equity issues and environmental issues here," said Audrey Lee, the vice president of Sunrun Energy Services.

LADWP customer Tony Roberts recently had solar panels installed on the roof of his Van Nuys home. He says it's not just better for the environment, but it will save him a lot of money.

"Beyond the initial capital investment in my solar panels, there will be a return on investment. That's what I looked at when I installed this system. Over time, over a 10-year period, once this system is paid off, my power bill which i paid $180 for, will go away. Then, I will have a $12.00 a month inter connect fee with the DWP," said Roberts.

"We used to be a majority coal and gas, now we're just 50% coal and gas and soon will be 100% renewable. That's going to be solar, wind hydropower so we have to replace that with what we have, the sunshine," said Garcetti.

A 1,700 square foot home in San Fernando has hired Sunrun to install 27 solar panels. The installation will take one day. When it's complete, LADWP will come and turn the system, and this home will have 100% of its energy offset by clean solar.

L.A. has a goal of 100% renewable energy by 2050. Homes serving as a virtual power plant could be the solution. A home with Sunrun's brightbox battery stores the energy produced by solar panels. Energy stored in the battery can be used to provide backup power to the home or to supply power to other customers.