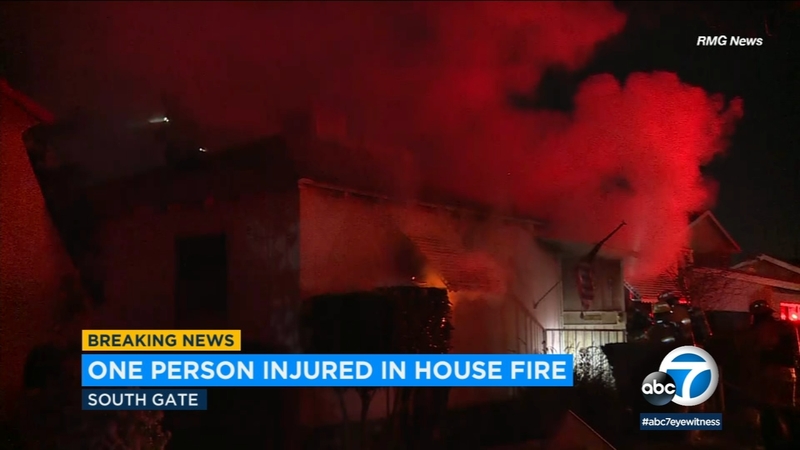 SOUTH GATE, Calif. (KABC) -- A man was hospitalized after being pulled from a house fire in South Gate early Wednesday.

The flames broke out just before 3 a.m. near San Vincente and Tenaya avenues, according to Los Angeles County fire officials.

Firefighters arrived to find heavy smoke billowing from the one-story home, and the victim was pulled from the house, apparently in cardiac arrest.

First responders attempted to revive the victim as he was transported to a nearby hospital in unknown condition.