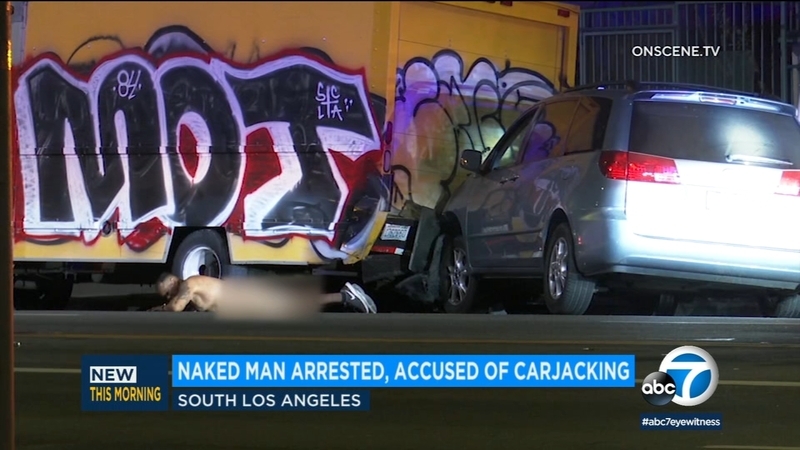 SOUTH LOS ANGELES (KABC) -- Police said they arrested a man who was only wearing shoes after he allegedly carjacked a person in South Los Angeles early Tuesday morning.

Los Angeles police responded to a robbery call at about 1:45 a.m. to the 400 block of Broadway after a person said their keys and car were stolen by a naked suspect.

Officers said the suspect took off in that stolen vehicle when they arrived to the scene, prompting a brief chase.

The suspect later crashed down the street and was taken into custody.